She remains the highest paid actress in Bhojpuri film industry. 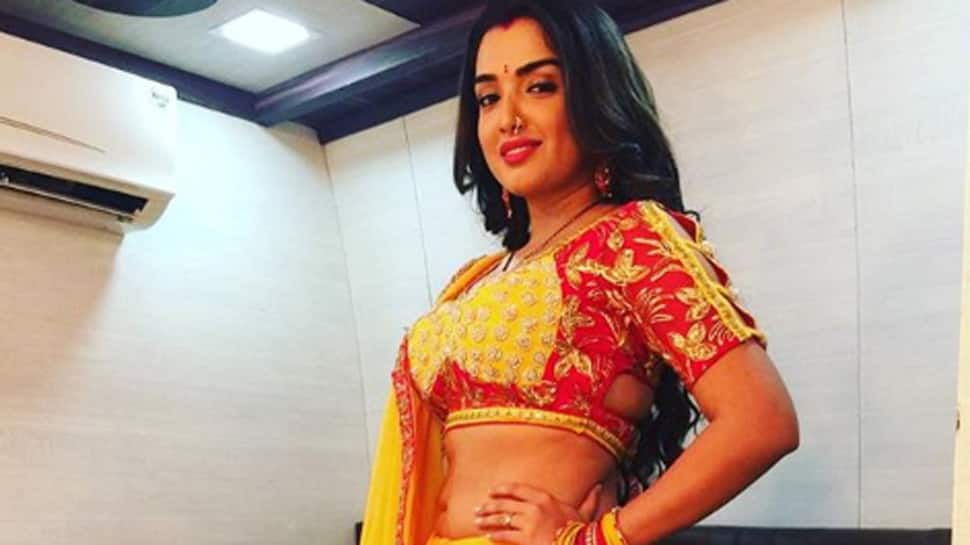 New Delhi: Top Bhojpuri actress Aamrapali Dubey has a solid line-up of super hit movies and blockbuster songs to her credit. The star is also quite famous on social media where her fans get an opportunity to directly connect with her.

Aamrapali is a movie buff and shared her picture straight from the theatres. The actress was catching up with the show of Shahid Kapoor's latest release 'Kabir Singh' in Mumbai.

Check out her picture:

'Kabir Singh' has emerged as Shahid's highest grossed in three days after 'Padmavaat'. The movie is an official remake of 2017 Telugu blockbuster 'Arjun Reddy'. The film is written and directed by Sandeep Vanga.

Aamrapali looked pretty in her yellow floral skater summer dress and denim jacket. Also, do not miss the huge box of popcorn in her hand.

She remains the highest paid actress in Bhojpuri film industry. Having worked with almost all the A-listers, Aamrapali has in a short span of career made waves already.

Her on-screen pairing with Dinesh Lal Yadav aka Nirahua.