She was geared up to shoot a song from an upcoming film. 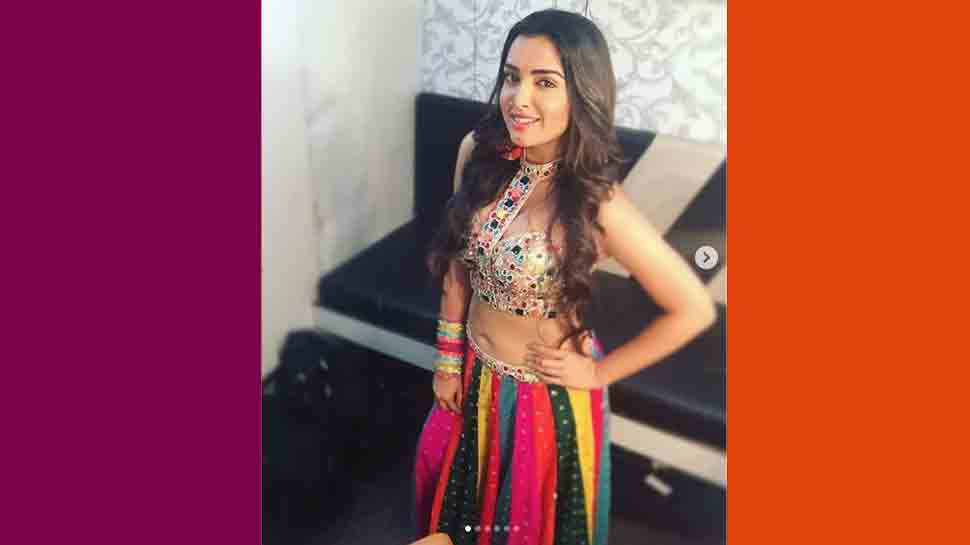 New Delhi: Aamrapali Dubey has established herself as one of the most successful female actresses in Bhojpuri film industry. She has delivered several blockbusters and hit songs and music albums in a short span.

At present, she is the most highest paid stars in the Bhojpuri film industry.

On the work front, Aamrapali has a busy 2019 calender. She has back-to-back films lined up for release this year. It is to be noted that this year, she will be seen sharing screen space with almost all the top actors of Bhojpuri cinema.

Aamrapali, who is also a popular figure on social media, and keep giving updates regularly, recently shared a photo of herself on her Instagram account. And guess what, her picture reminded us of Dhak Dhak girl Madhuri Dixit from her cult 90s song 'Ek Do Teen..'

Amrapali's outfit in the picture resembles to that of Bollywood's 'Dhak Dhak'girl Madhuri Dixit's fringed skirt from the iconic song 'Ek Do Teen..'.  According to her caption, her stylist are Kavita Chutani and Sunita Dwivedi.

She captioned the photo as, "Song shoot loved the costume thanks alot @kavitachutani and @dwivedi.sunita you guys always make me look beautifull."

Amrapali looked extremely glamorous in the photo and while she didn't disclose much, she was gearing up to shoot a song for an upcoming project.

She is paired opposite Dinesh Lal Yadav aka Nirahua in most of the films.