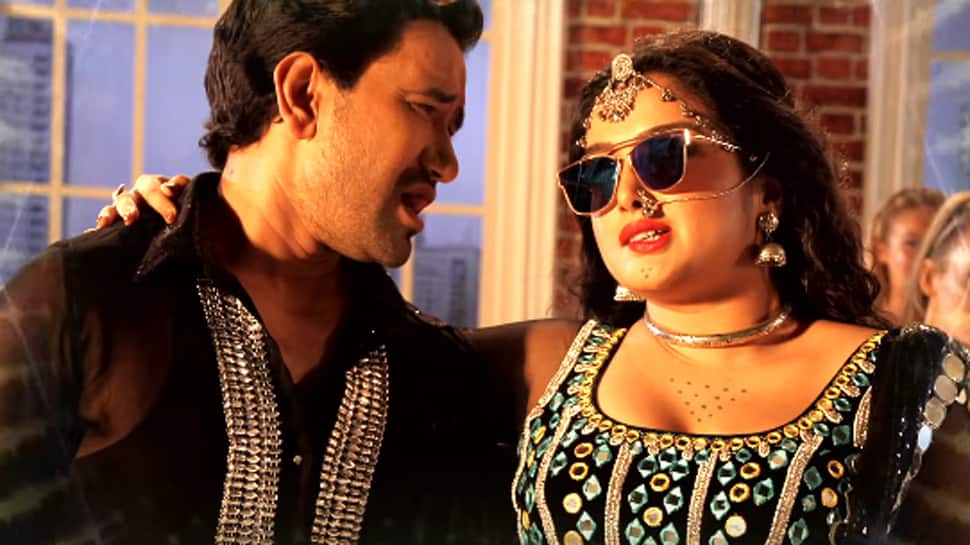 New Delhi: Bhojpuri cinema's one of the most sought-after on-screen couples Amrapali Dubey and Dinesh Lal Yadav aka Nirahua have a series of superhit films and tracks to their credit. The fans love to watch them sizzle together on the big screens.

The duo will next be seen in 'Nirahua Chalal London' and one of its songs 'Choye Choye' has already set YouTube on fire. The film is a Bhojpuri version of superhit Daler Mehndi song 'Bolo Tara Tara'.

Amrapali shared the news with her fans on Instagram.

'Choye Choye' song has garnered 1,110,381 views on the video-sharing site already. It features Nirahua and Amrapali in the lead, grooving to the peppy dance number. The song has also been sing by Nirahua and the lyrics are penned by Azad Singh.

The music is by Madhukar Anand and the film 'Nirahua Chalal London' is made under the banner of Pashupatinath Productions. It is produced by Sonu Khatri. The film will hit the screens on January 25, 2019. It has been directed by Chandra Pant.