The music is composed by Avinash Jha Ghungroo. 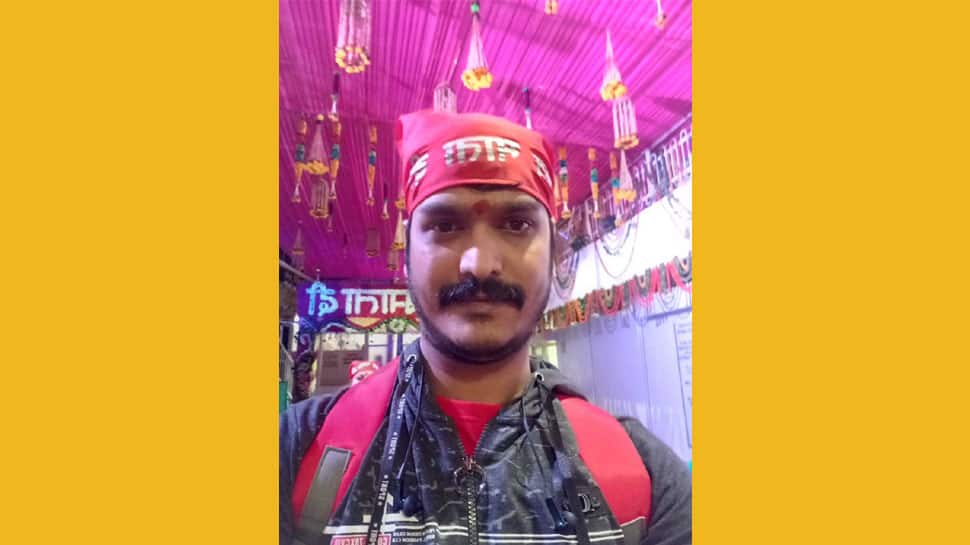 The producer-actor talked about his belief in the goddess and said that he believes in her power and often seeks her blessings. He even confessed to being a devout Mata Vaishno Devi devotee. He prayed for the success of his upcoming film 'Babbar'. "I feel at peace here", he said on describing his experience at the divine abode of the goddess. He also said that he feels very lucky to have visited the goddess's shrine during the auspicious occasion of Chaitra Navratri.

In the film, bong beauty Mohini Ghosh has been paired opposite him and recently a wedding picture from the film sets had gone viral on social media. Vijay revealed that after seeking the darshan of the goddess, the teaser of the film was unveiled.

The 1 minutte 90-second long teaser of 'Babbar' highlights the large scale and magnanimity of the project. "Fans have liked it and hopefully, the film will be a big hit. We shall soon release a full trailer as well", he added.

'Babbar' has been made under the banner of Viraj Films Entertainment and is directed by Chandan Upadhyay. He has previously made several hit films starring Kallu and Tanushree.  The film is based on anti-corruption campaign and features actors such as Arvind Akela Kallu, Tanushree, Vijay Kumar Gupta, Mohini Ghosh, Sanjay Pandey, Brijesh Tripathi.

The music is composed by Avinash Jha Ghungroo. The lyrics are penned by Manoj Matlabi, Munna Dubey, Sumit Chandravanshi and Ajeet Mandal. The screenplay of 'Babbar' is also by Chandan Upadhyay and the dialogues are written by Rajesh Pandey. The action is the film is directed by Hira Yadav.