Emerging actress Paysi Pandit will also be seen in a pivotal role in the film. 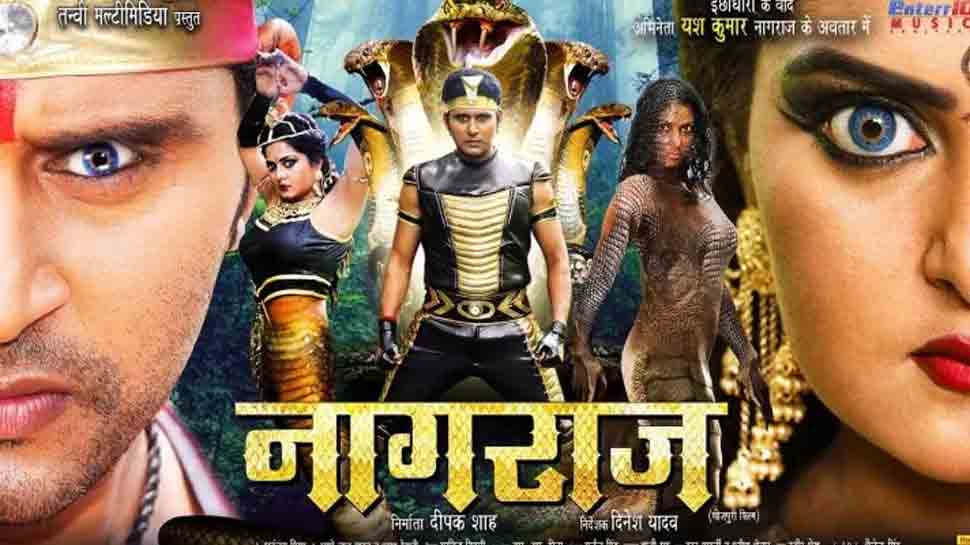 New Delhi: Bhojpuri hotcake Anjana Singh is all set to enthrall the audience in her upcoming action film 'Nagraj', which is a sequel to 2016 super hit film 'Icchadhari'. 'Nagraj' is set to release across theatres in Bihar and Jharkhand on August 3. The film stars Anjana opposite action icon Yash Kumar, who had also featured in the first installment of the series.

Emerging actress Paysi Pandit will also be seen in a pivotal role in the film.

It is to be noted that 'Nagraj' is not the first Bhojpuri film to be made on the 'naag-naagin' subject. However, it stands out from the other films on the genre because of the best technology used in the films by the makers. As per a report, the producers have taken helps from international technicians for all special effects in the film.

The trailer of the film, which was unveiled sometime back, has also garnered a positive response from the audience. 'Nagraj' has been produced by Deepak Shah and directed by Dinesh Yadav.

As per Yadav, the special effects in the film, which have been added with the help of latest technologies, will leave the audience surprised. Moreover, it is the biggest graphical film of the Bhojpuri industry till date.

Earlier, speaking about her role in 'Nagraj', Anjana said that it was no less than an adventure for her. "Playing a character of snake-woman in this 21st century is no less than a challenge," she said.