Akshara is a multi-talented actress of the Bhojpuri industry. 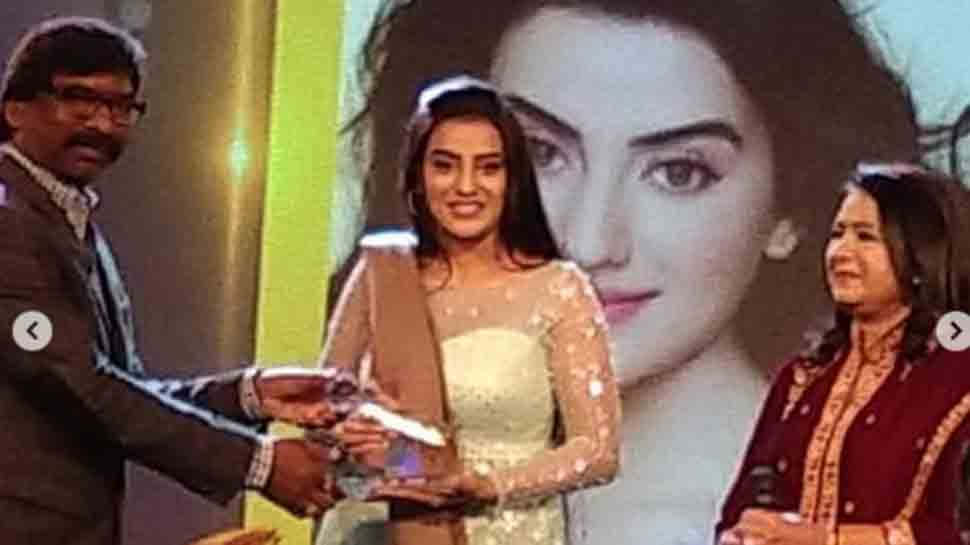 Bhojpuri sensation Akshara Singh has received the 'Best Young Popular Singer' award at an event held in Ranchi. The actress announced the news on social media.

Akshara, who is quite popular on Instagram, and has a huge fan following, shared a few pictures from the event. She wrote a lengthy post with the pictures.

Akshara, who shares a good bond with Amrapali Dubey, also shared pictures with her from the award night. Interestingly, Dinesh Lal Yadav, who was seated in between Akshara and Amrapali at the event, managed to come in the frame.

The wide smile on Akshara's face made her look irresistibly beautiful in these photos.

The actress is one of the most sought after female faces in the Bhojpuri film industry. Apart from her performances in films, she’s also popular for her songs. Akshara is also a good dancer and makes sure to entertain her fans through some successful stage shows.

The actress-singer, who hails from Mumbai began her acting career by working TV serials. She is one of the most successful actresses in the Bhojpuri film industry now.

She is looking forward to the release of her films 'Sujangarh' and 'Raja Rajkumar' with singer-turned-actor Ritesh Pandey.