Bhojpuri industry's favourite actress Rani Chatterjee, who was not keeping well for quite some time has shared a picture from her the sets of her film with co-star Rajinikanth Shukla. 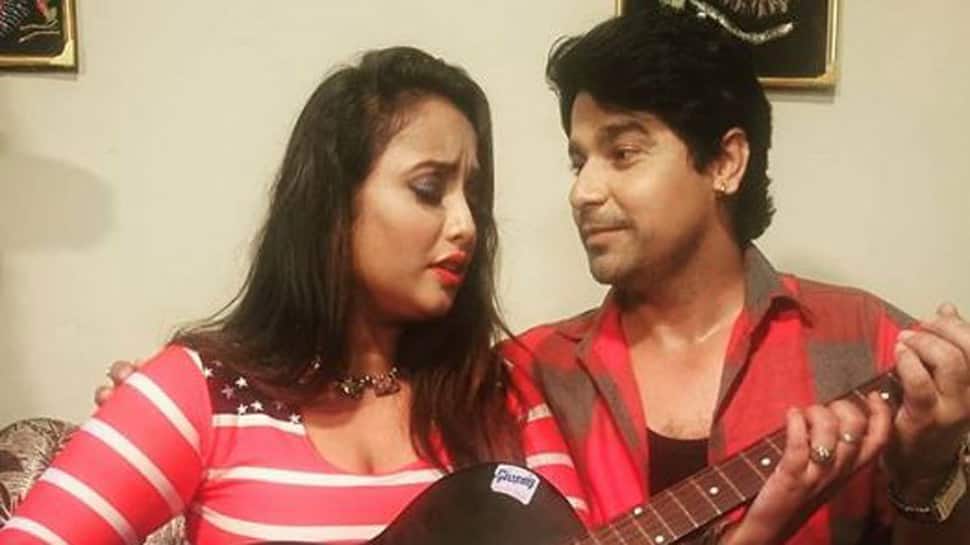 New Delhi: Bhojpuri industry's favourite actress Rani Chatterjee, who was not keeping well for quite some time has shared a picture from her the sets of her film with co-star Rajinikanth Shukla.

Sharing a picture with a guitar in his hand, Rani wrote, "With RAJNIKANT ZERO BANAL HERO @rajnikantshukla1987 #movieclips #camera #songsongcouple."

A day ago, the actress shared on Facebook about her illness. She wrote, "suffering from skin allergy ..... i can't explain my pain it’s horrible ..... Thank you ZERO BANAL HERO TEAM.. for giving me break ...... (sic)."

As per reports, Rani was shooting for ' Zero Banal Hero' when she fell sick. The actress also thanked the team for giving her the much-needed break to recover. The actress was shooting in Agra when she reportedly fell ill on the sets.

'Zero Banal Hero' has been produced by Satyendra Shukla and Chandrakant Shukla. It is helmed by Deepak Tripathi.