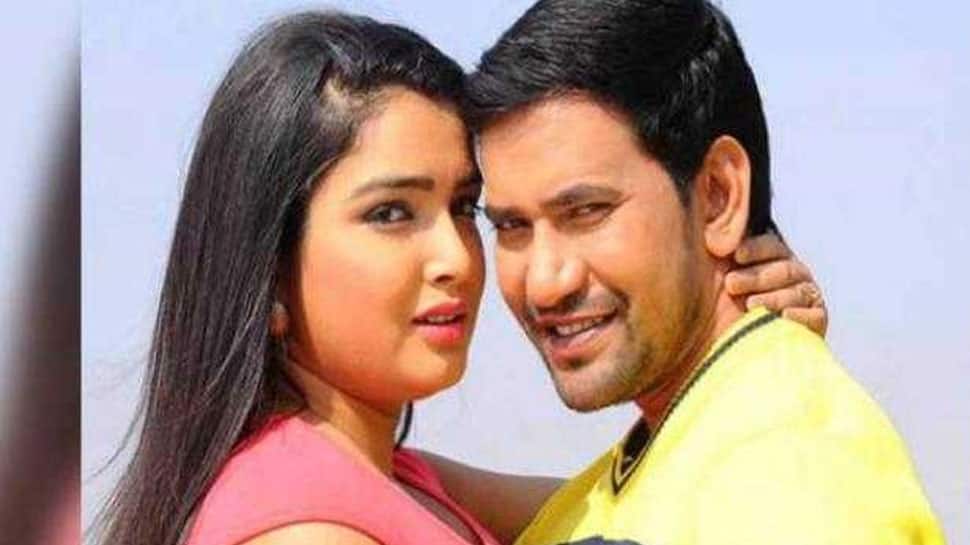 Bhojpuri superstar Dinesh Lal Yadav and Aamrapali Dubey's 'Jai Veeru' is one of the most-anticipated films of the year. It has been directed by Subba Rao Gosangi and will release on Eid this year. The trailer of the film will be out next week, as revealed by producer Naser Jamal.

He also said that the lead actor of the film, Dinesh Lal Yadav is also contesting the on-going Lok Sabha elections from Azamgarh constituency.

The film 'Jai Veeru' is a complete Bhojpuri commercial film which establishes the concept of friendship in a new way, says the producer .

Nirahua and Amrapali's superhit on-screen jodi has delivered a number of blockbuster hits. The audiences love to watch them together and are excited to see them share the frame in 'Jai Veeru'.

Amrapali made her debut opposite Dinesh Lal Yadav with the first installment of 'Nirahua Hindustani'. Before entering into films, Amrapali did daily soaps as well. She played pivotal parts in hit shows like 'Rehna Hai Teri Palkon Ki Chhaon Mein', 'Saat Phere', 'Maayka' and 'Mera Naam Karegi Roshan' among few.

Nirahua and Amrapali's last Eid release was 'Border'. The film hit the screens on June 15, 2018, and received a warm response from the audiences.

This video of Monalisa dancing on Kala Chashma goes viral-Watch