The 1.09-minute-long clip has been watched by over 4.4 lakh viewers on Youtube so far.

New Delhi: The makers of Dinesh Lal Yadav aka Nirahua starrer 'Sher-E-Hindustan' have dropped the first teaser of the film and it has gone viral on the internet. The 1.09-minute-long clip has been watched by over 4.4 lakh viewers in just days of it being shared.

The teaser shows Nirahua in an angry young man avatar who performs some death-defying stunts in the film. He is also seen taking on his enemies while riding a white horse. The trailer also gave a glimpse of the usage of bow and arrow in the film.

And part from the action-sequence, it is the majestic background in the trailer, which will catch your attention.

Watch the teaser below:

The poster of the film, released by the makers in August last year, had earlier ignited a feeling of patriotism in them. Take a look: 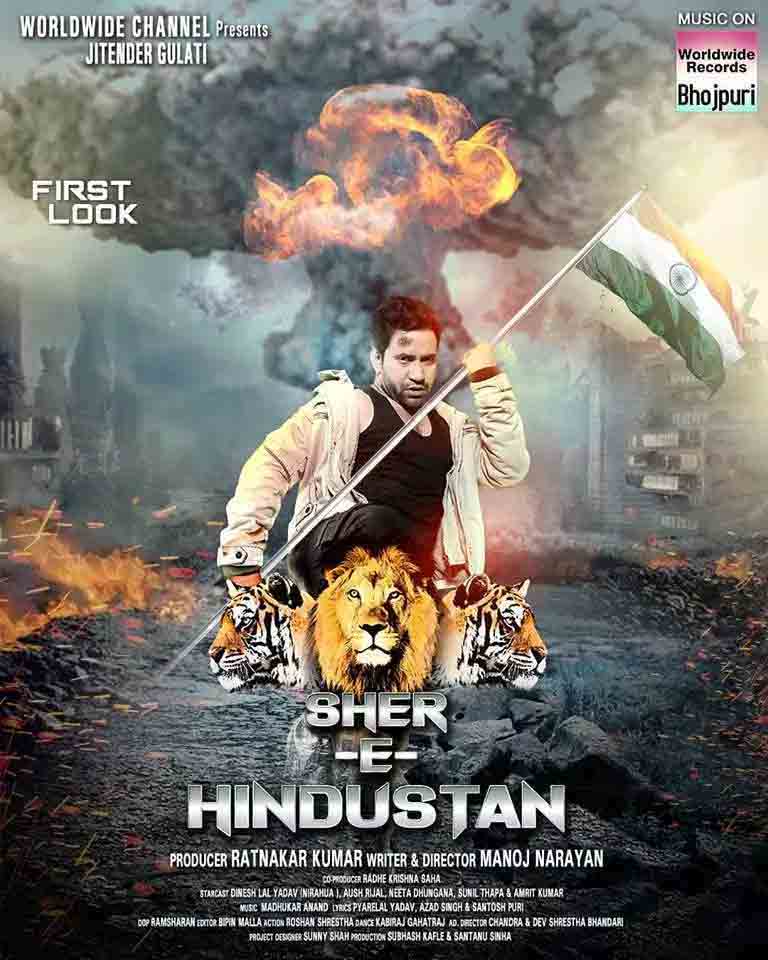 Earlier, during an exclusive interview with Zee News, the Bhojpuri superstar spoke about his upcoming film and said that like his previous film 'Border', 'Sher-E-Hindustan' is too based on patriotic subject and interwoven with a love story.

The film will revolve around a man who destroys all attempts of terrorists who plan to attack India. It will also narrate the tale of an Indian man falling in love with a girl from Nepal. The major portion of the film has been shot in Nepal. Nepali actress Neeta Dhungana will be seen sharing the screen space with Nirahua in the film.

'Sher-E-Hindustan' has been directed by Manoj Narayan and produced by Ratnakar Kumar under the banner of Worldwide Channel & Jitendra Gulati Presents. The film also features Ayush Rijal, Neeta Dhungana, Sunil Thapa, Santosh Pahalwan and Amrit Kumar in pivotal roles. Madhukar Anand has given his voice to the song while the story has been penned down by Manoj Narayan.