Krishna Kumar, Arvind Akela Kallu to fight it out in Bhojpuri film 'Dilwar'?

The duo will have a major fight sequence in upcoming Bhojpuri film 'Dilwar'. 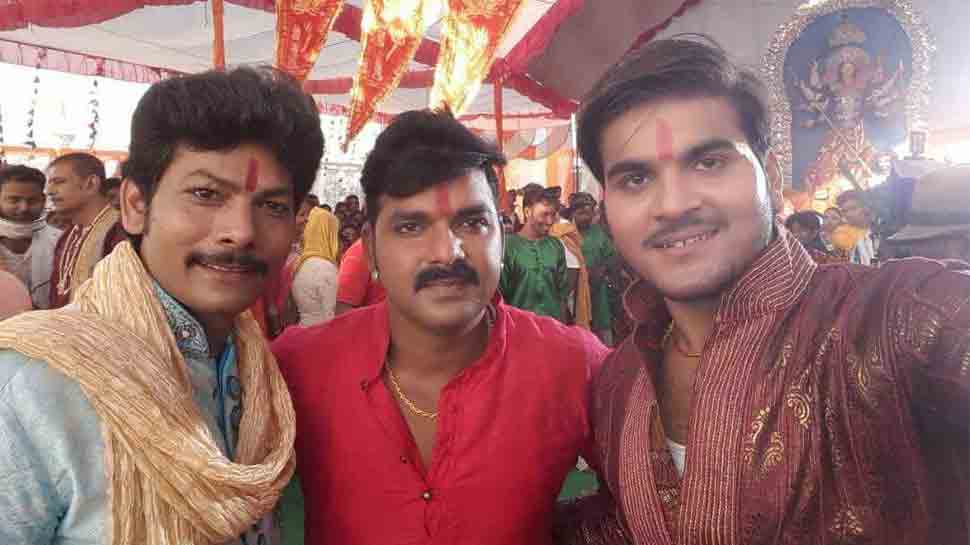 New Delhi: Bhojpuri actor Krishna Kumar, who is all set to feature in 'Dilwar' is pretty excited about the project. He will be seen as the main antagonist in the film and will also have a major fight sequence in it.

It is to be noted that recently during filming for one of the fight sequences in the film, Krishna injured himself and fractured his left wrist as he was shooting without the support of any cable. He was rushed to a nearby hospital where the doctor advised him a bed rest for a month.

He is now back to the sets and is being lauded for his dedication and professionalism everyone.

In 2018, he delivered several successful films at the Box Office and thereafter has become the favourite of all the makers.

The first look of 'Dilwar' was dropped by the makers only recently and Krishan was seen sporting a new look in it. The film is produced by Chandni Shrivastav under the banner of A2G Film Production Presents and is directed by Sunil Manjhi.

The songs are by Rajesh Mishra and Shyam Dehati. Heera Yadav has directed the action sequence while Pinku Dubey has written the story. Music has been composed by Avinash Jha Ghungroo while Kanu Mukherjee, Vivek Thapa and VK Master have done the choreography. The lyrics of the songs have been penned down by Shyam Dehati, Sumit Chandra Vanshi and Rajesh Mishra.