Monalisa stuns in a pink saree in latest photoshoot—See inside

Monalisa took to Instagram on Friday and posted a few pics from her latest photoshoot. 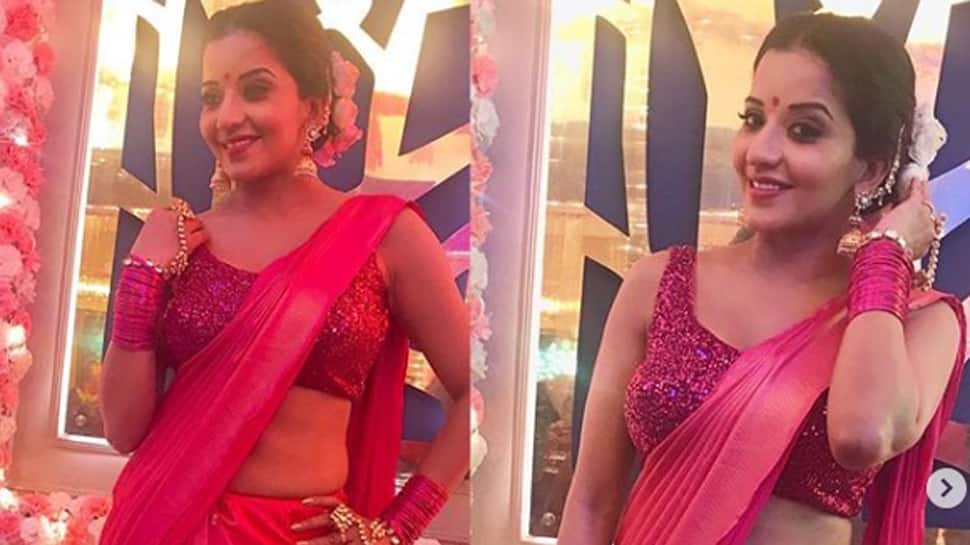 New Delhi: Film and television actress Monalisa is an internet sensation and is often making headlines due to her alluring social media posts. Her fans fondly call her Mona, and she is currently seen playing the role of an evil force in the popular television show 'Nazar'.

Monalisa has a huge fan-following which is one of the reasons that her pics and videos often go viral. The actress knows how to keep her fans entertained by regularly posting on the photo-sharing app.

She took to Instagram on Friday and posted a few pics from her latest photoshoot. The actress looks gorgeous as she strikes various poses in a pink saree.

Monalisa shot to fame after her stint in one of the most controversial yet popular reality shows Bigg Boss. She appeared in season 10 of the show and got married to actor Vikrant Singh Rajpoot inside the Bigg Boss house, making it one of the major highlights that season.

She began her acting career by working in Bhojpuri films and has worked with almost every top actor of the industry.