Monalisa has worked with almost all the A-lister actors from the Bhojpuri film industry. 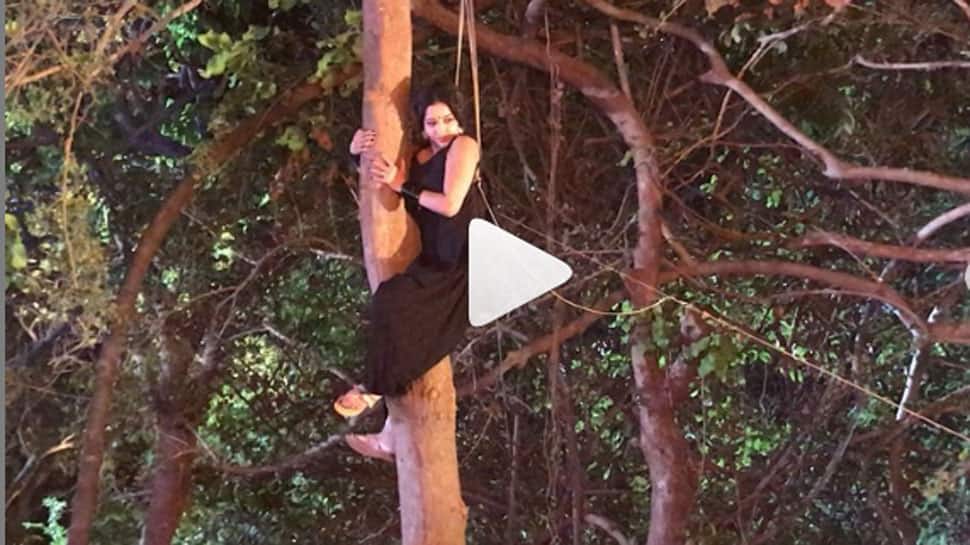 New Delhi: Bhojpuri stunner turned television hottie Monalisa is here to stay on the small screens. She has successfully made her transition from Bhojpuri movies to TV. The actress, who is an avid social media user makes sure to share regular posts on Instagram, keeping her fan army in a happy space.

Monalisa, who made her maiden stint on the telly world with 'Nazar' has shared a BTS video of her performing a daredevil action stunt which will leave your jaws on the floor. She wrote in the caption: “Being A Part Of The Action Is Just Incredible ... #mohana #nazar #tonight #strong #powerful #ladyinaction.”

Being A Part Of The Action Is Just Incredible... #mohana #nazar #tonight #strong #powerful #ladyinaction

Well, living an actor's life is not an easy task. A lot many efforts and risks are put in to make the final product a classy one and worth a watch.

Monalisa has worked with almost all the A-lister actors from the Bhojpuri film industry. She also has many blockbuster songs to her credit, making her a popular celebrity in the Bhojpuri movie business.

The audience has appreciated her performance in the maiden TV show 'Nazar' where she plays an evil force Mohana on-screen.

The actress was also seen as a participant in the popular reality show 'Bigg Boss 10' after which she became a household name. She got married to her longtime boyfriend Vikrant Singh Rajpoot inside the Bigg Boss 10 house, making it one of the major highlights that season.