The shooting is currently taking place in the beautiful locations of Mumbai. 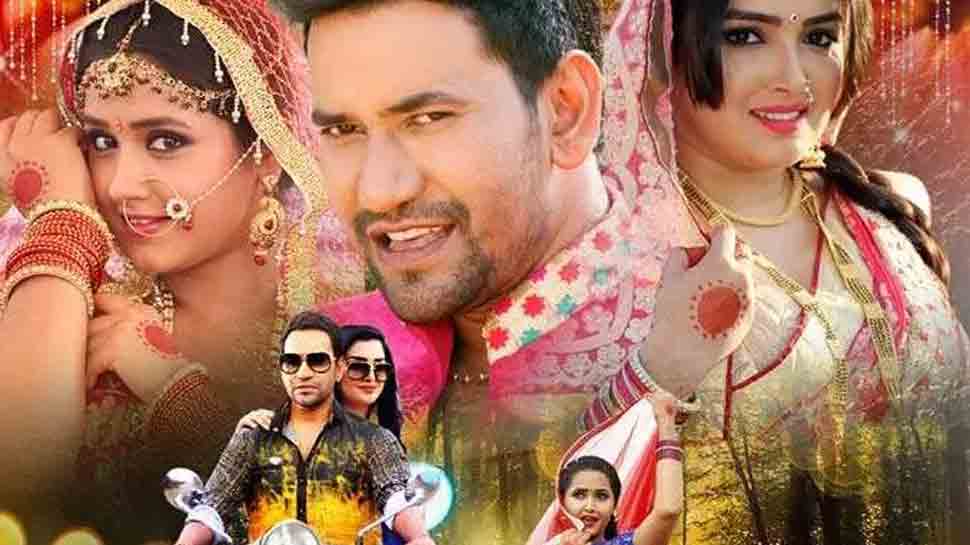 New Delhi: Dinesh Lal Yadav aka Nirahua and Amrapali Dubey's 'Lallu Ki Laila' is in its final leg of shoot. The shooting is currently taking place in the beautiful locations of Mumbai. The film is produced by Jitender Gulati, who is the owner of music company Worldwide Records, under the banner of Worldwide Channel.

As per the makers, the film will bring a change in the present image of Bhojpuri cinema.

Nirahua, who plays the role of Lallu in the film, will be seen in a different avatar. His look and appearance is quite different from his other films. Nirahua and Amrapali's pairing in the Bhojpuri industry is already a hit.

Worldwide Channel and Jitender Gulati are the presenters of the film. Sushil Singh and Prakash Jais are the co-producers of the film. Imroz Akhtar (Munna) is the executive producer of the film. The music is from Madhukar Anand while cinematography is by Rakesh Roshan Singh. Kanu Mukherjee has choreographed the dance. Ashwin Chowdhury and Mister Rajesh are the business manager of the film.