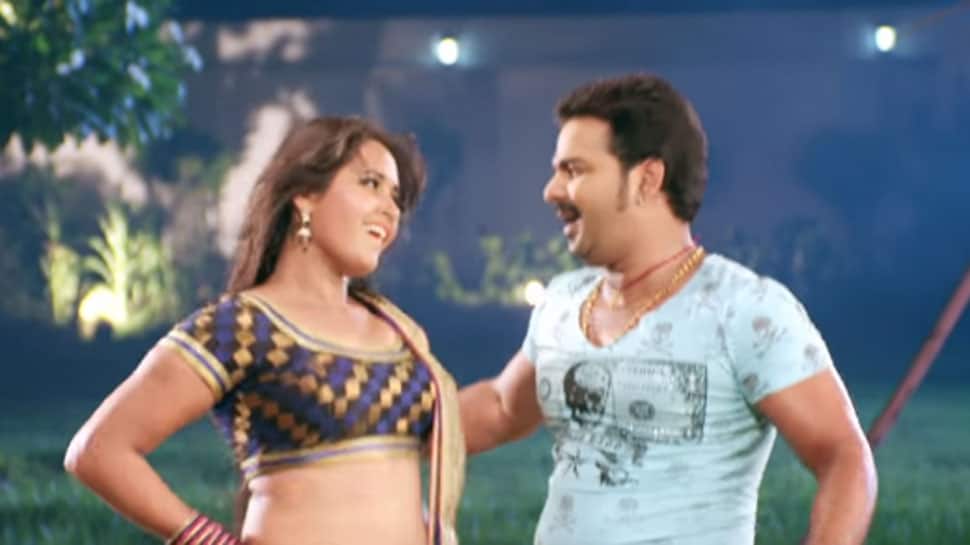 The song has garnered as many as 239,781,304 views on YouTube so far. It is on the verge of crossing 240 million views, such is the response that this song is getting.

Kajal Raghwani and Pawan Singh's crazy dance moves in the song will surely make you wanna hit the dance floor. It has been sung by Pawan Singh and Priyanka Singh respectively. The lyrics are penned by Azad Singh and the music is composed by Madhukar Anand.

Made under the banner of Vasundhara Motion Pictures Pvt. Ltd, 'Bhojpuriya Raja' is produced by Sudhir Singh and co-produced by Sandeep Singh. It has been directed by Sujeet Kumar Singh. The film was a huge hit and was received well by the audiences.

It had an ensemble star cast with Pawan Singh, Kajal Raghwani, Umesh Singh and Brijesh Tripathi in the lead roles.

The actor has several hit films such as 'Devra Bada Satawela', 'Bhojpuriya Raja' etc to his credit. The actor-singer hails from Ara in Bihar and rose to fame with superhit song 'Lollypop Lagelu' which became a rage after its release.