Pawan Singh's sizzling on-screen chemistry with Kajal is the highlight of this foot-tapping number. 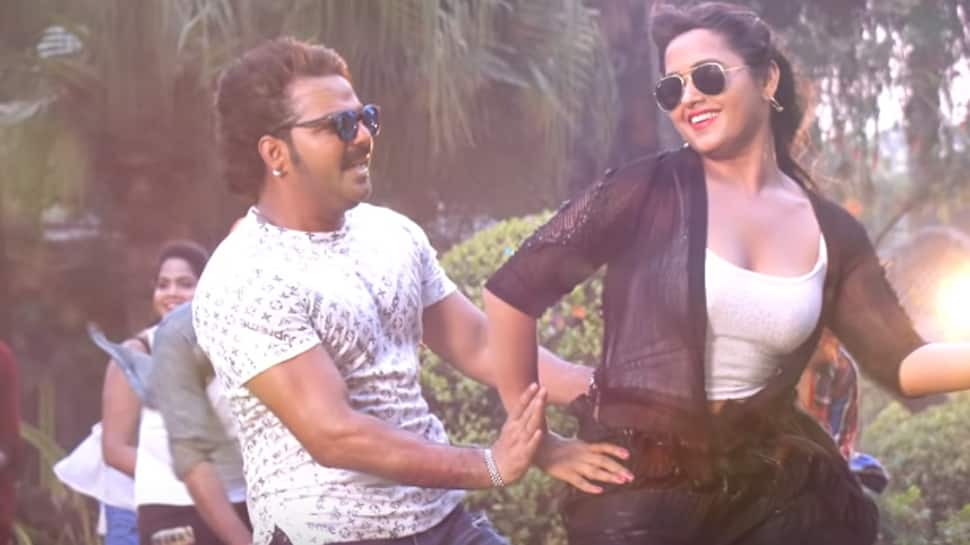 The song has set YouTube on fire as viewers are watching it in huge numbers. 'Aara Othlali Lagawalu' was uploaded on the video-sharing site by DRJ Records Bhojpuri and in two days it has garnered 2,802,283 views so far.

Pawan Singh's sizzling on-screen chemistry with Kajal is the highlight of this foot-tapping number. The song has been sung by the actor himself and the music is composed by Chhote Baba. The lyrics are by Zahid Akhtar.

After enticing the viewers with their chemistry in 'Tohre Jaisan Yaar Kaha Re', the duo is back with yet another romantic drama titled 'Maine Unko Sajan Chun Liya'. The film becomes special as the two will be seen together on the big screens after a long hiatus.

In 2016, he was Pawan was honoured with the Best Male Singer in the International Bhojpuri Film Awards. Besides, this project, his yet another upcoming venture 'Loha Pahalwan' trailer was released sometime back and it created quite a flutter on social media.