The song is from the album titled 'Bhabhi Ji Ghar Pe Hai Kya'. 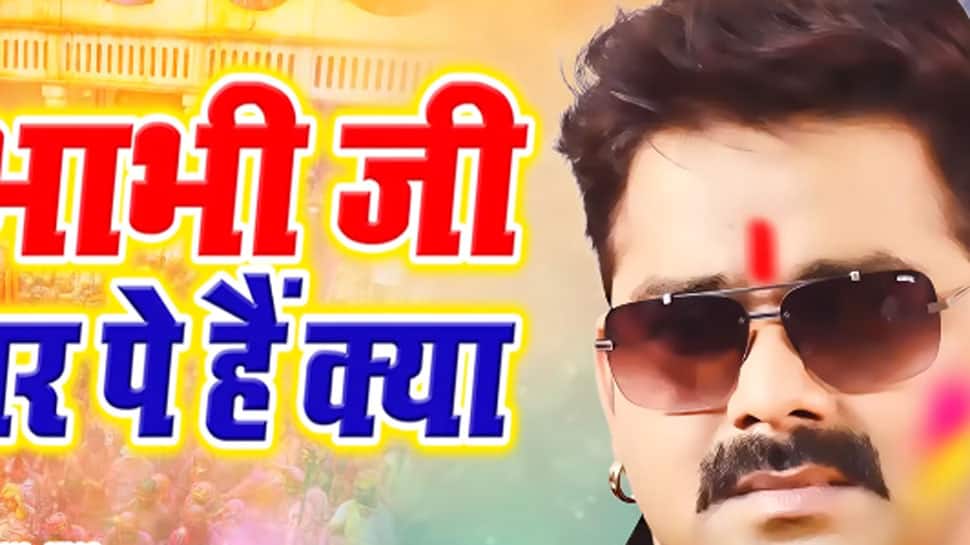 New Delhi: The festival of colours 'Holi' is knocking at the door and this also means non-stop music on the go! The festival is celebrated with much gusto and fervour across the nation and there are several hit songs played on a loop during this time.

Besides popular Hindi tracks, several Bhojpuri stars release their own songs and albums on festivals as well and Holi is one such revered festive time. Power star Pawan Singh has released his latest blockbuster Holi song for 2019 titled 'Bhabhiji Ghar Pe Hai Kya'.

The song is from the album titled 'Bhabhi Ji Ghar Pe Hai Kya'. It has been sung by Pawan Singh and the lyrics are by Zahid Akhter. Chote Baba Basahi is the music director and Chhotu Rawat is the music arranger.

Power star Pawan Singh has several hit films such as 'Devra Bada Satawela', 'Bhojpuriya Raja' etc to his credit. The actor-singer hails from Ara in Bihar and rose to fame with superhit song 'Lollypop Lagelu' which became a rage after its release.