Poonam Dubey stuns in a black and white attire—Pic

Poonam Dubey took to Instagram and shared a brand new pic while shooting for a new film. 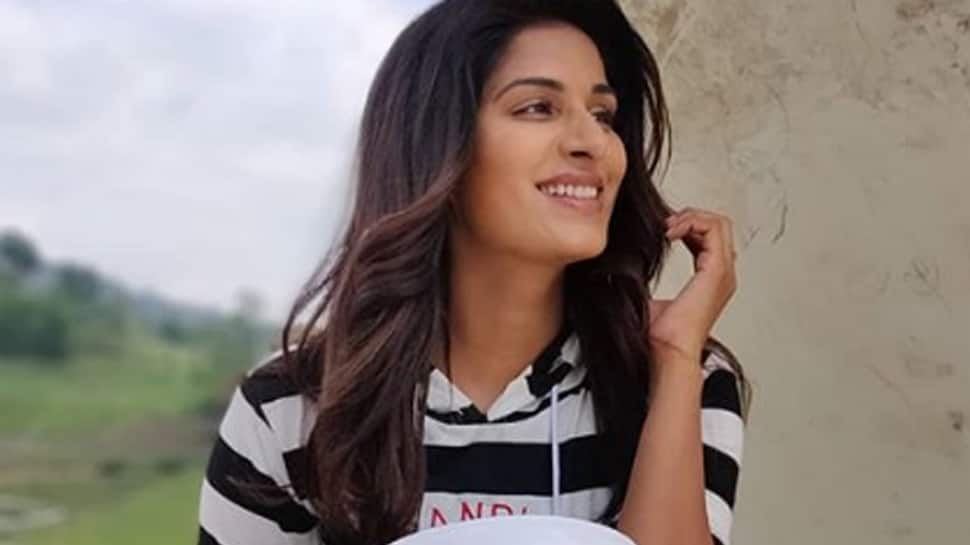 New Delhi: Poonam Dubey is one of the most sought-after actresses of the Bhojpuri film industry. Her fan-following needs no introduction and the gorgeous actress's pictures go viral in no time. Poonam knows how to keep her followers satiated by regularly posting on social media.

She took to Instagram on Thursday and posted a pic while shooting for a new film in Nepal.

The actress is wearing a black and white striped tee with black jeggings. She paired the outfit with black sneakers and has that million dollar smile on her face as she strikes a pose. And how can we miss that small table fan!

She is also known for her killer dance moves and her songs are a big hit amongst Bhojpuri cinema-goers.