Rani is gearing up for the release of her upcoming film with Ritesh Pandey titled 'Rani Weds Raja'. 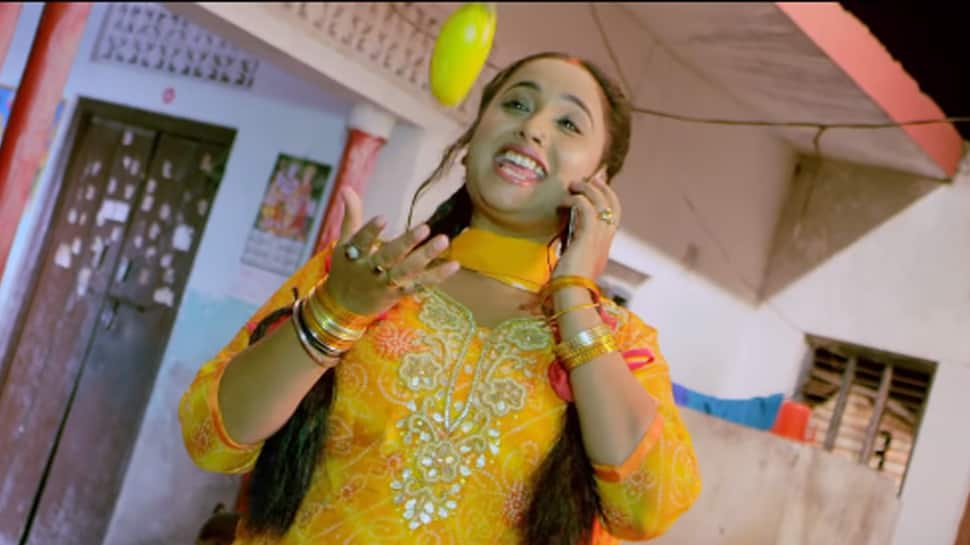 New Delhi: One of the most sought after actresses of Bhojpuri film industry, Rani Chatterjee is highly active on Instagram. She often shares updates from her personal and professional life on the social media app and keeps her fanbase informed. Rani is gearing up for the release of her upcoming film with Ritesh Pandey titled 'Rani Weds Raja'. The trailer became a rage on Youtube with over 1.5 million views in less than a month of its release.

Rani took to Instagram and shared a glimpse of a new song from the film, captioning it as, “New song release from RANI WEDS RAJA sung by me ... FULL SONG IN MY BIO #raniwedsraja #sung #by #me @ritesh_pandey_official”

A post shared by Rani Chatterjee Official (@ranichatterjeeofficial) on Feb 28, 2019 at 1:56am PST

Check out the full song here:

Rani has been paired as the love interest of Ritesh in the film. In the first poster of the film, the duo is dressed up like a bridegroom and are seen on the wedding stage.

Speaking about her chemistry with Ritesh, Rani Chatterjee earlier said that he is a very talented artist and it was great working with him.

It is notable that the film is presented by Shubha Creation and produced by Vandana Giri. Prashant Kumar Giri has directed the film while story and dialogue have been penned down by Madhukar Anand. The film also features Anup Arora, Deepak Sinha, Mehnaaz Shroff, Shraddha Yadav, Nandita Dubey, Deepak Tiwari and Anita Rawat among others.

Apart from 'Rani Weds Raja', she will next be seen in films such as 'Krodh', 'Gunday 2', 'Kanch Ki Chudiyan', 'Kanoon Ke Khiladi', 'Life Me Twist', 'Rani Ki Aayegi Barat' among others.