Rani Chatterjee's latest Instagram pic is too cute to miss

Rani Chatterjee is seen donning a black outfit which she paired with red lipstick and kohled eyes. 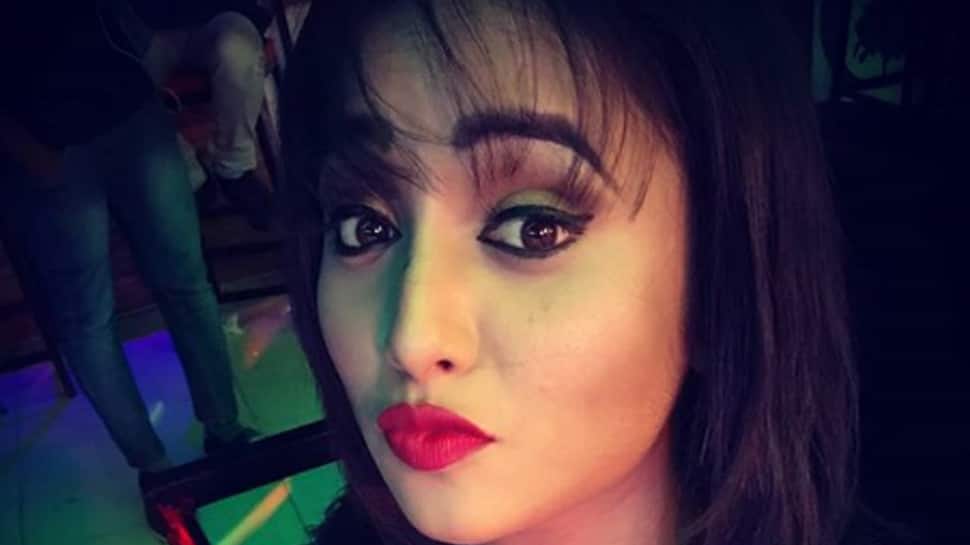 New Delhi: Rani Chatterjee is one of the most popular actresses of the Bhojpuri entertainment world and has a huge fan following. She is known for her fitness prowess and often shares workout pics and videos and inspires her followers to maintain a healthy lifestyle. The actress keeps her fans hooked by regularly posting on social media app Instagram.

Rani's latest Instagram post is too cute to miss. The actress is seen donning a black outfit which she pairs with red lipstick, kohled eyes, and bangs.

A post shared by Rani Chatterjee Official (@ranichatterjeeofficial) on Apr 2, 2019 at 11:48am PDT

Fans have started showering love on the pic via the comments section.

Rani made her debut in Bhojpuri films back in the year 2004, and has worked with several popular stars from Bhojpuri cinema since then. The actress has surely come a long way.

For her performance in Nagin, she bagged the 'Best Actress of the year' award at the 6th Bhojpuri Awards 2013.