Khesari is a big name in Bhojpuri film industry and started off as a singer. 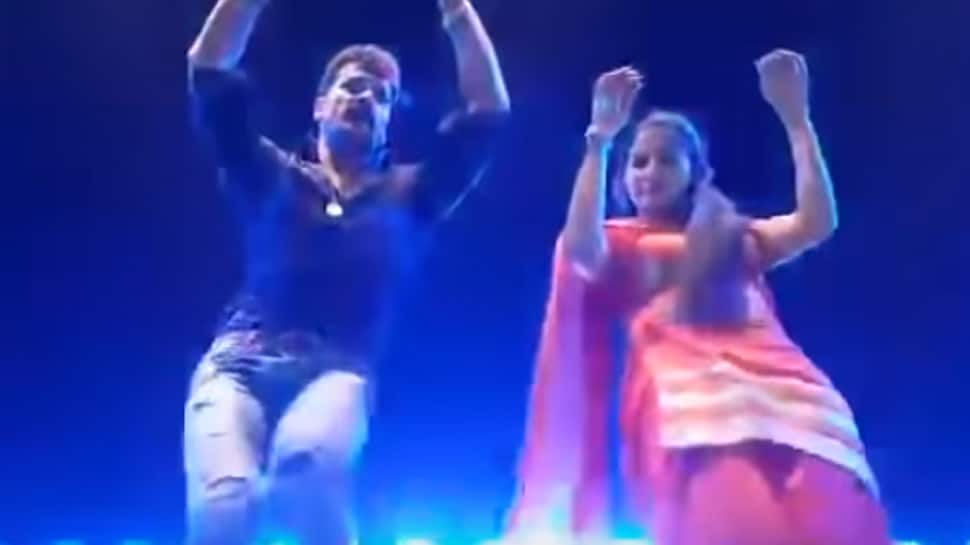 New Delhi: Popular Haryanvi singer-dancer Sapna Chaudhary and Bhojpuri superstar Khesari Lal Yadav once shared the stage together and what happened was pure entertainment. The two are known for their impeccable dancing skills besides crooning glory.

A throwback video of the two performing live on stage a show has gone viral on the internet. Sapna and Khesari can be seen dancing to the popular song sung by the former titled 'Bhatar Aeihe Holi Ke Baad'.

Khesari is a big name in Bhojpuri film industry and started off as a singer. His latest viral song 'Thik Hai' has been widely appreciated and loved by the fans.

Sapna was last seen in reality show 'Bigg Boss 11' as a contestant. She made her Bollywood debut with an item number Hatt Ja Tau in Veerey Ki Wedding and has featured in 'Tere Thumke Sapna Choudhary' from Abhay Deol starrer Nanu Ki Janu and a song titled Love Bite.