The actress is currently in Ranchi, shooting for her upcoming Bhojpuri film. 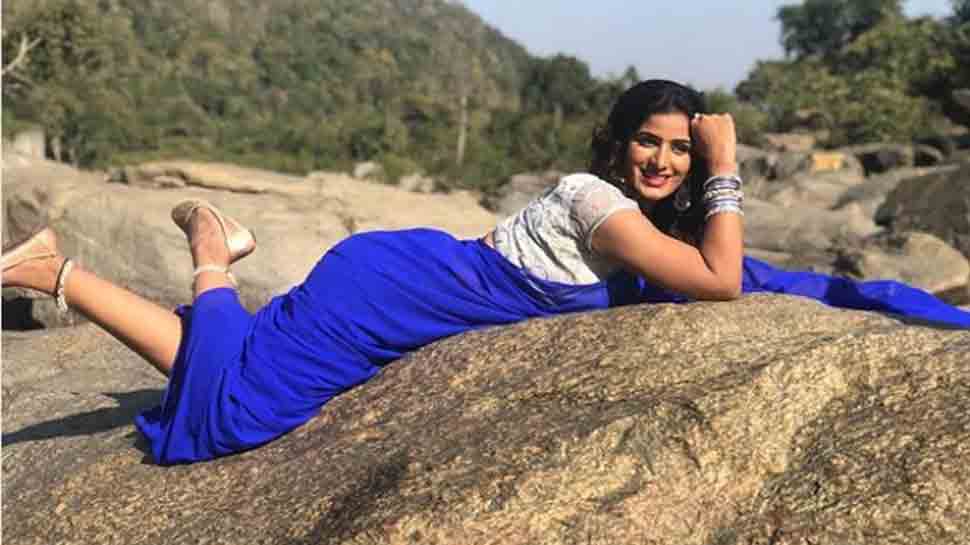 New Delhi: The feisty and beautiful Poonam Dubey is one of the most popular actresses in the Bhojpuri film industry. The actress is an avid social media user and keeps treating her fans with pictures and videos from her personal and professional life.

Recently, Poonam shared a picture of herself with an interesting caption, which caught the attention of her fans.

In the picture, Poonam is dressed up in a blue saree and is seen resting against a huge rock. The picture seems to have been clicked in Ranchi, where she is shooting for her upcoming project, titled 'Prem Yuddh'. She captioned the picture as, "again #fall #in #love #naturelover #loveyousmile #imdreamer #achiver #poonamdubey #premyuddh."