This is how Monalisa looks when she wakes up. Seen pic yet?

"Hello," she wrote. The picture features Monalisa in a checkered outfit and she poses in front of a mirror. Needless to say, she look fresh as a daisy.

New Delhi: Bhojpuri bombshell Monalisa's morning selfie game is on point. Yes, we have proof. On Thursday morning, the actress treated her fans to a picture of herself which appears to be taken right after she woke up.

"Hello," she wrote. The picture features Monalisa in a checkered outfit and she poses in front of a mirror. Here's the selfie we are talking about: 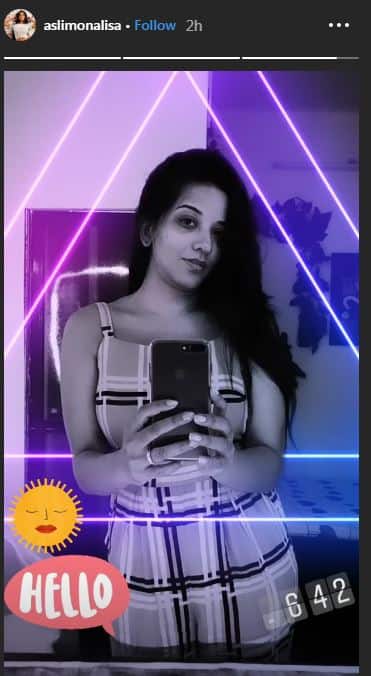 Doesn't she look fresh as a daisy?

Right in the morning, Monalisa also took the opportunity to share a birthday post for her friend Riya. The post features the duo chilling casually. Monalisa looks chic in a blue short top and checkered shorts.

Monalisa never fails to keep her fans and followers posted with her photos and videos. She enjoys a solid fan base of 2.2 million followers on Instagram and the numbers keep on growing. Most of her posts go crazy viral.

Monalisa's real name is Antara Biswas. However, she changed her name to Monalisa after entering the entertainment industry. She is a famous Bhojpuri actress and has worked with several top stars of the industry. Besides films, she also has many special dance sequences to her credits.

For now, she has shifted her focus to television. In 2016, she participated in the reality show 'Bigg Boss', where she also married her longtime boyfriend Vikrant Rajpoot.

Currently, Monalisa stars in the TV show 'Nazar' as the prime antagonist Mohana.