Some counsellors of the Congress in Bhopal have raised a demand that Bollywood actress Kareena Kapoor Khan must be fielded as the candidate of the party. 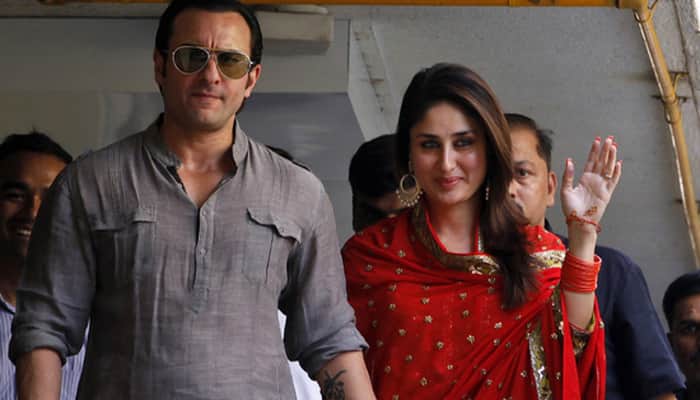 Some counsellors of the Congress in Bhopal have raised a demand that Bollywood actress Kareena Kapoor Khan must be fielded as the candidate of the party from Madhya Pradesh capital in the Lok Sabha election 2019. The counsellors have even sought an appointment with Chief Minister and state Congress unit chief Kamal Nath to put forward their demand.

According to those raising the demand, Kareena Kapoor Khan can ensure a win for the Congress party in Bhopal, where it has been losing for the past 40 years. The counsellors raising the demand are – Guddu Chauhan, Amit Sharma and Monu Saxena. If sources are to be believed, they have even communicated their demand to the Congress party high-command.

One reason for their optimism is the recent victory of the grand old party in the recently-concluded Madhya Pradesh Assembly elections, where the Congress emerged as the single largest party and later formed the government in the state with support from the Bahujan Samaj Party (BSP).

According to counsellor Amit Sharma, Bhopal has a considerable chunk of youth voters and Kareena Kapoor Khan may emerge as a favourite candidate for them. Whereas, counsellor Monu Saxena believed that since Kareena is married to Saif Ali Khan, who hails from the royal family, she can be favoured by voters from old Bhopal.

However, the Bharatiya Janata Party (BJP) does not consider the possibility a threat. According to Alok Sanjar, Member of Parliament from Bhopal, no such move by the Congress would help the grand old party and the BJP would retain the seat in upcoming Lok Sabha election.

Looking at it historically, Congress had once fielded Saif Ali Khan’s father, Nawab Mansoor Ali Khan Pataudi as a candidate from Bhopal. However, he could not ensure a win for the Congress party in the BJP bastion.