Another six children have lost their lives in Begusarai district, five in Samastipur, and two each in Motihari and Patna. 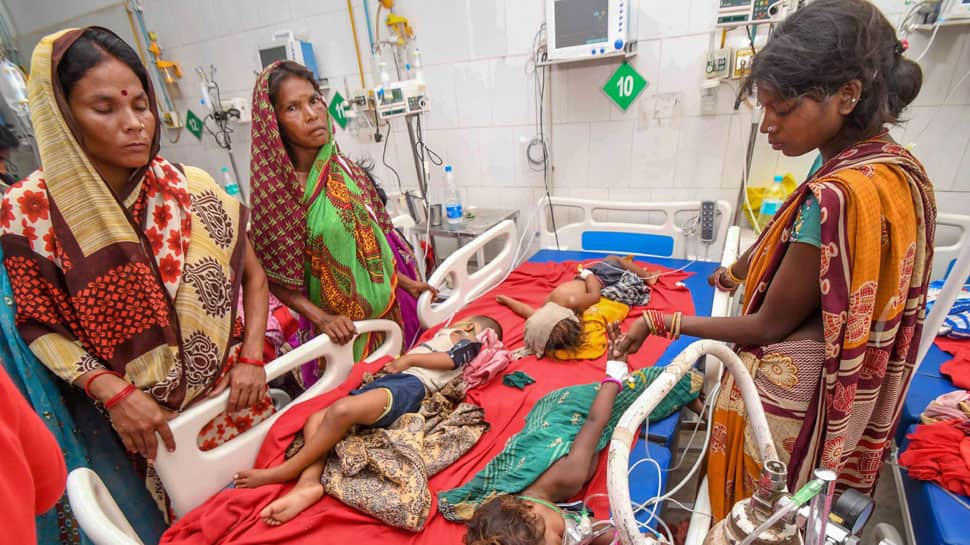 The death toll of children due to Acute Encephalitis Syndrome (AES) in Bihar reached 146 on Wednesday, nearly a fortnight after its deadly outbreak in the state. The worst-hit district is Muzaffarpur with the viral disease claiming the lives of 119 children, followed by Vaishali where 12 children have lost the battle with AES. Another six children have lost their lives in Begusarai district, five in Samastipur, and two each in Motihari and Patna.

The Odisha government has also ordered the laboratory test of litchi fruit being sold in the markets in the state following reports that litchi consumption was one of the factors behind the spread of AES. The fruit is said to contain a toxin which can cause a drop in blood sugar levels if consumed by a malnourished child.

Officials of the Union health department had visited the district over the weekend and clarified that AES was an umbrella of symptoms, unlike a viral infection like Japanese encephalitis. The symptoms include high fever, convulsions and extremely-low blood-sugar level. The AES is also called 'Chamki' fever in Hindi.

Bihar Chief Minister Nitish Kumar on Tuesday visited Muzaffarpur's Shri Krishna Medical College and Hospital (SKMCH), where more than 300 children have been admitted with complaints of AES since June 1. Kumar, Deputy Chief Minister Sushil Modi and local MLA Suresh Sharma went inside the ICU to meet the patients before holding an impromptu review meeting with the hospital authorities and other state Health Department officials. Kumar interacted with the ailing children, enquiring whether they were getting food and medicines in time.

He gave directions to convert SKMCH into a 2500-bed hospital. The chief minister also issued orders saying 1500 new beds for the hospital should be arranged immediately. He also gave directions to build a 'dharmshala' for the relatives and families of the those who are admitted in SKMCH.

Scores of people gathered outside the hospital and started shouting slogans like "Nitish Kumar go back", as they vented their anger over the chief minister for visiting the area after the number of casualties had crossed the three-digit mark.

Deepak Kumar added that awareness is being created that children shouldn't sleep on an empty stomach and they should be brought to the hospital immediately if they fall sick. According to Kumar, all ASHA workers, ANMs and Anganwadi workers have been asked to distribute ORS in all households and tell the parents about the importance of ORS for children.

After a review meeting on Monday, the government swung into action declaring that it would bear the expense for treatment of those found with the syndrome even if it took place at private hospitals. Instructions were also issued for equipping primary health centres with necessary facilities so that children with symptoms of AES in remote areas could be provided with medical attention closer home since, in several cases, the time involved in travelling to the district headquarters and seeking admission to hospitals had led to worsening of the condition of patients.

The Chief Minister had recently announced an ex gratia of Rs 4 lakh each to the families of the children, who died due to AES. He had also given directions to the Health Department, district administration and doctors to take necessary measures to fight the disease.