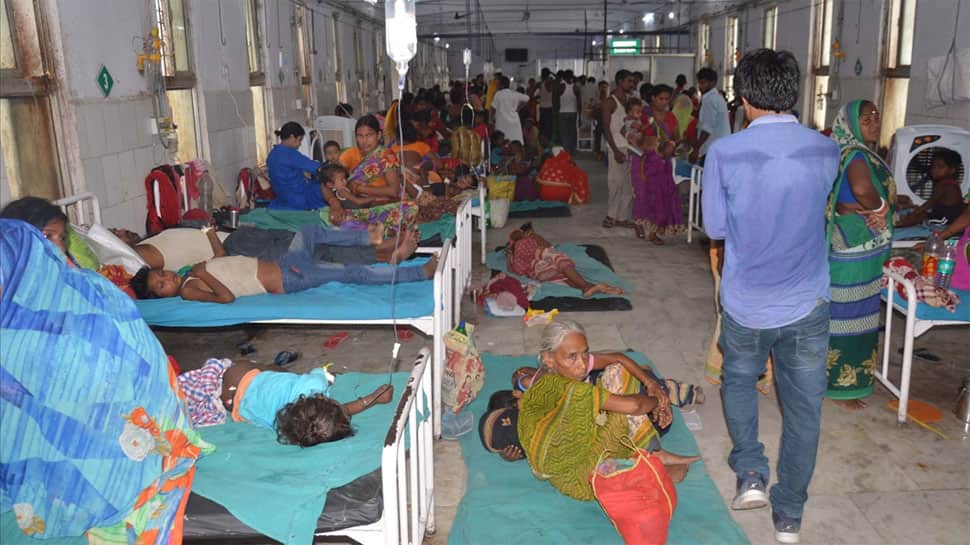 PATNA: The deadly Acute Encephalitis Syndrome (AES) has claimed the lives of 169 children in Bihar so far. With the dip in temperatures due to rain, the situation had improved and no child was admitted to the hospital on Monday night. However, with the heat soaring up once again, doctors are gearing up for more patients.

In Muzaffarpur alone, the disease claimed 131 lives. In Vaishali, 19 deaths were reported, followed by six in Begusarai, five in Samastipur, two each in Motihari, Patna and Bettiah, and one each in Bhagalpur and Gopalganj.

Another child, admitted at Sri Krishna Medical College and Hospital (SKMCH) in Muzaffarpur, died on late Monday night taking the toll to 169.

Noting that the death of children due AES is a matter of “grave concern”, the Supreme Court Monday asked the Centre, Bihar and the Uttar Pradesh government to sumbit their replies in seven days after a Public Interest Litigation (PIL) was filed over the matter.

Prevailing heat and humidity conditions coupled with malnutrition has "contributed substantially" to the deaths of hundreds of children due to acute encephalitis syndrome in Bihar's Muzaffarpur, said a team from the Indian Medical Association (IMA) who analysed the fatalities, reported news agency PTI.

The team also said consumption of 'litchi' cannot be attributed as the major factor since infants are also affected. Dehydration, hypoglycaemia and the heat syndrome have played a significant part, the IMA said adding reduction in body temperature with tepid sponging, increased fluid intake and adequate food intake may prevent this syndrome.