Bihar: Father carries child's body on shoulder in Nalanda district due to unavailability of ambulance

The child's father ran with the dead child on the shoulder helter-skelter inside the hospital premises for a long time, but not a single hospital authority came to his help. 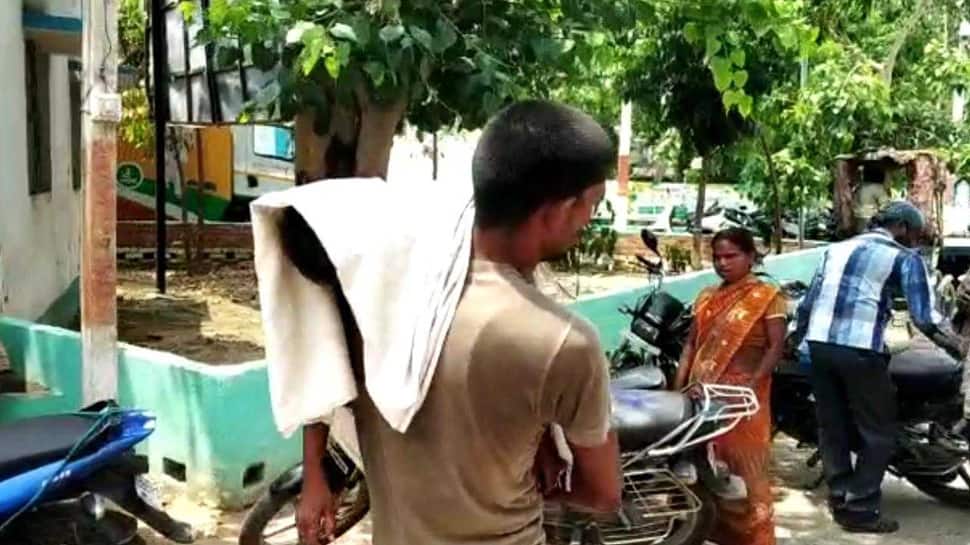 In a shocking case of recklessness, a man in Bihar's Nalanda district had to carry the dead body of his child on his shoulder on Tuesday due to the unavailability of an ambulance. The case of major negligence has surfaced in the Sadar Hospital in the home district of Chief Minister Nitish Kumar. However, there are no reports that suggest that the child was suffering from Acute Encephalitis Syndrome (AES).

The child's father ran with the body of the child on the shoulder helter-skelter inside the hospital premises for a long time, but not a single hospital authority came to his help. After a long time, the tired father left the hospital carrying the child without saying a word to anybody. However, vehicles have been provided to Sadar Hospital to help the families carry the dead bodies. It is the responsibility of those officials deployed to enquire a family and provide the vehicle.

The child, Sagar Kumar, is a resident of Sita Bigha under Parbalpur Police Station. The family said that that he came home after cycling in the morning, following which he fell down and became unconscious. After that, he was taken to a private clinic from where the doctor referred him to the Sadar Hospital. He was declared brought dead in the hospital.

Nalanda District Magistrate (DM) Yogendra Singh has ordered an inquiry into the matter, calling it a serious issue. According to the hospital authorities, the family was assured of the vehicle but since it was unavailable at that time the family was asked to wait. However, they left with the body.

At the same time, hospital Superintendent Dr Ram Kumar said that the child had died before he was brought to the hospital and the family hurriedly took away the body of the child.

This comes at a time when all the government hospitals in the state have been alerted for providing free facilities to the families of those children suffering from the AES. The AES has so far claimed the lives of 167 children in Bihar.

This heart-breaking case reminds us of the 2016 case of Dana Manjhi when he had to carry the body of his wife for 10 kilometres on his shoulder in Kalahandi district of Odisha.

FIR against 39 villagers in Bihar's Vaishali for protesting against AES deaths, lack of facilities