Bihar government says an awareness campaign needs to be undertaken in areas where Acute Encephalitis Syndrome (AES) is prevalent to prevent the spread of the disease. At least 57 children have died due to AES in Muzaffarpur in the last three weeks. 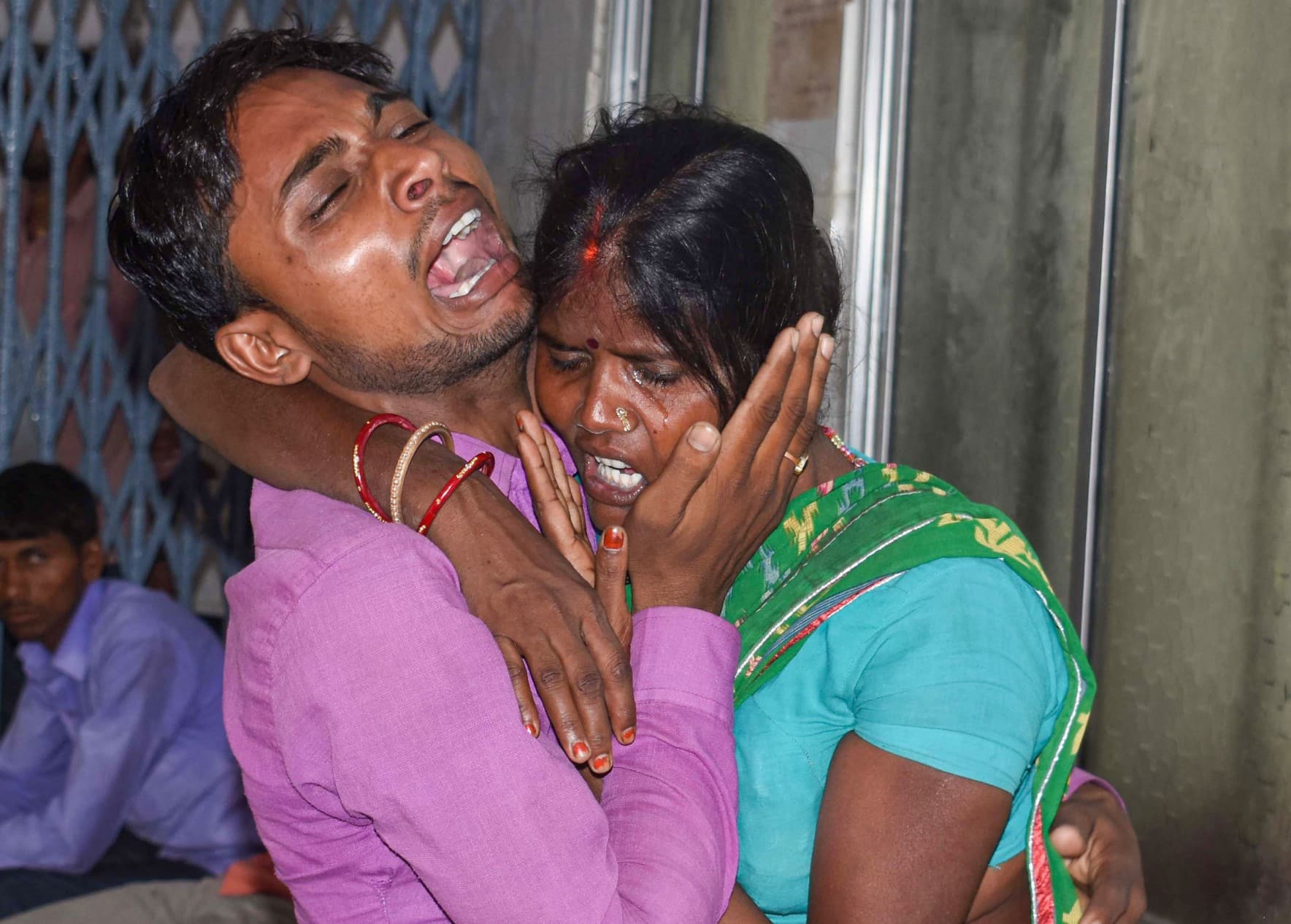 Family members mourn the loss of their child suffering from Acute Encephalitis Syndrome (AES) at a hospital in Muzaffarpur. Photo credit: PTI

He said that an awareness campaign needs to be undertaken in areas where AES is prevalent to prevent the spread of the disease. "The suggestions by the central team has been implemented and advisories issued to the district magistrates of 12 districts where the prevalence of AES is high. SKMCH will be provided with six additional ambulances," he said.

Pandey claimed that children suffering from AES are being provided with the best possible treatment and 27 of them have been discharged till yesterday (Thursday, June 13, 2019). There are 66 more children admitted in the hospital, he added.

He admitted that as many as 57 children have fallen victim to AES in Muzaffarpur in the last 20-22 days out of whom 47 died in SKMCH while 10 other deaths were reported from the private Kejriwal Hospital.

Pandey had met Union Minister Harsh Vardhan in New Delhi's Nirman Bhawan on Thursday where the latter had assured that Centre was ready to provide all assistance to Bihar in combating AES and Japanese Encephalitis in the state.

Vardhan also suggested that as the cases are from some defined areas in the high load districts, the state should also involve other stakeholders like IMA and NGOs for widespread awareness and education campaigns. He sought active involvement of the district administration to make every deputy collector in-charge of one tehsil each to actively monitor and ensure that no child reaches a critical condition and that they are taken to the nearest health centre. He stressed upon the importance of sturdy mechanisms for monitoring and surveillance.

The Centre's multi-disciplinary team is deployed there and has been supporting the state government in management and containment of the cases. He also suggested that the number of pediatricians in the SKMCH hospital in the state be augmented for effective treatment of these cases.

Vardhan stated that food distribution to all children through the ICDS Anganwadi centres and hot meals distribution through NGOs, etc, shall help in boosting the nutrition levels of children in these districts.