The Met Office has predicted more rainfall in the next 24 hours in Bihar and the state government has issued a "red alert". 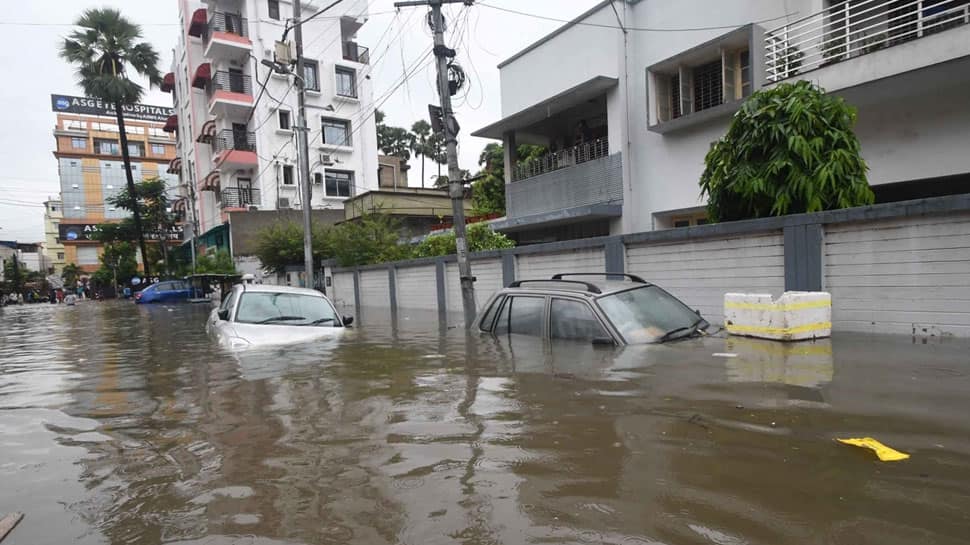 PATNA: The Nitish Kumar government in Bihar has sought Centre's help as floods situation worsened after heavy rains continued to lash the state for the third consecutive day on Sunday. At least 24 people have died across the state due to incessant rains, which crippled life, especially in the state capital Patna where a record rainfall caused heavy water-logging and did not spare the houses of the Deputy Chief Minister and two former Chief Ministers.

''The unexpected "heavy to extremely heavy rain" has so far claimed the lives of over 24 people - mostly drowned - across the state,'' the Disaster Management Department said.

The Bihar government has also sought help from the Indian Air Force in evacuating those trapped in water-logged areas of state capital Patna.

As of now, no respite is in sight with the Met Office predicting more rainfall in the next 24 hours and the state government has issued a "red alert". According to weather department officials, Patna has received 151 mm rain since Saturday - a record in recent years.

The water level in major rivers including Ganga, Koshi, Gandak, Bagmati and the Mahananda, are on the rise, threatening to breach embankments at many places. The Water Resources Department has alerted the officials concerned and asked the district authorities to take measures to deal with any possibility.

"There has been heavy rainfall in some areas since yesterday and water in Ganga river has been rising constantly. But proper arrangements are in place to help flood-effected people and administration has been making all the efforts to help people," CM Nitish said today.

"Such a situation is not in any one's hand. It's a natural thing. Arrangements are being made to provide drinking water and setting community kitchens for the flood-affected people," the CM added.

Patna - the worst hit - is facing a flood-like situation with water is all around. People have been forced to stay indoors as most of the roads were water-logged. Boats were deployed in several localities to help people. The District Magistrate has ordered the closure of all schools in Patna till October 1 till flood water recedes in the city and the situation eases.

According to reports, the water entered the residence of Bihar Deputy Chief Minister Sushil Kumar Modi in Rajendra Nagar here.

The rains also affected the movement of trains, road traffic as well as flight operations. Twelve long route trains and several passenger trains have been cancelled. Due to continuous rains, GoAir Flight G8-585, bound for Mumbai to Patna was on Sunday diverted to Lucknow and Delhi to Patna bound SpiceJet SG-8480 was diverted to Varanasi. The Patna airport authority announced that rest of the flights were operating as per the schedule.

However, there were reports of damage to the National Highways at several places in north Bihar districts.

The flood water has also entered houses, shops and hospitals at many places in the state, apart from Patna.

Meanwhile, the Ministry of Home Affairs (MHA) on Sunday said that it is closely monitoring the situation in states like Uttar Pradesh, Bihar and Jharkhand, where normal life has been affected due to incessant rainfall for the past two days.

"Ministry of Home Affairs is in close contact with the administration of rain-affected state and as per the demand from Bihar government additional National Disaster Relief Force (NDRF) teams have also been deployed in Patna," Union Minister of State for Home Affairs Nityanand Rai said.

Expressing grief over the situation in Patna, Rai said, "Due to heavy rainfall and waterlogging, normal life has been affected in the state. We are ready to provide whatever assistance is required from the MHA."

He said that the Ministry is in contact with the affected states and additional NDRF teams are ready for deployment in Bihar, Uttar Pradesh, and Jharkhand if required.