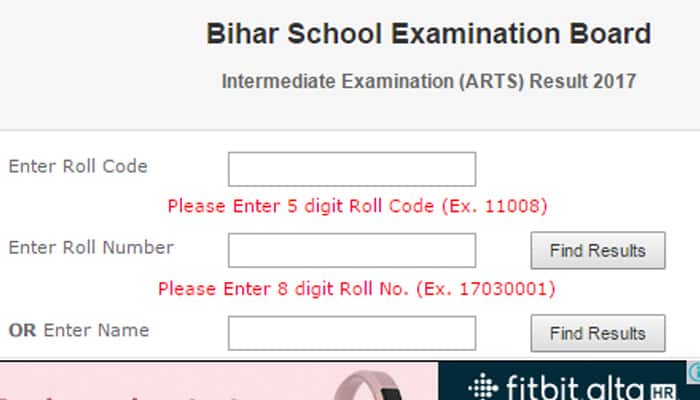 The only silver lining was that 73.76 percent students appearing in the Commerce stream exams passed.

According to results announced today, the Science stream, which saw only 30.11 percent students pass, saw an average of 44.66 percent marks scored.

Last year, when the new rules against cheating were not in place, the state board exams saw 67.06 percent Science students pass, while the Arts stream saw 80.87 percent students pass.

Khushbu Kumari of the Simultala Awasiya Vidyalaya in Maoist-affected Jamui district topped in the Science stream. She got 431 out of 500 marks, or 86.2 percent.

"It is a historical result of the Class 12 exams in many ways. The pass percentage may have drastically fallen in Science and Commerce streams this year, but the exam was free from cheating," board chairman Anand Kishore told media here.

He said for the first time the board code was used with answer sheets to ensure no unfair means during the evaluation and it was easy to identify the answer sheets once uploaded.

About 12.61 lakh students appeared in the exams this year.

A senior official of the board said drastic fall in pass percent rate vindicated their bid to conduct a cheating-free exam this time.

This year, CCTV cameras were installed at the entrance of examination halls and videography was conducted through the duration of the examination.

Use of all communication gadgets, including mobile phones, inside the examination halls was disallowed.

Mass cheating in board exams has been reported in Bihar for years. Every year, the media carries images of cheating going on at exam centres, such as scores of people climbing through windows to hand over cheating material to examinees with impunity.

- Check on the results notification

More than 13 lakh students appeared for the BSEB 12th exams 2017, which were held between February 14 and February 25.