The death toll in the Sri Krishna Medical College and Hospital (SKMCH) reached 107 and that in Kejriwal hospital was 20. 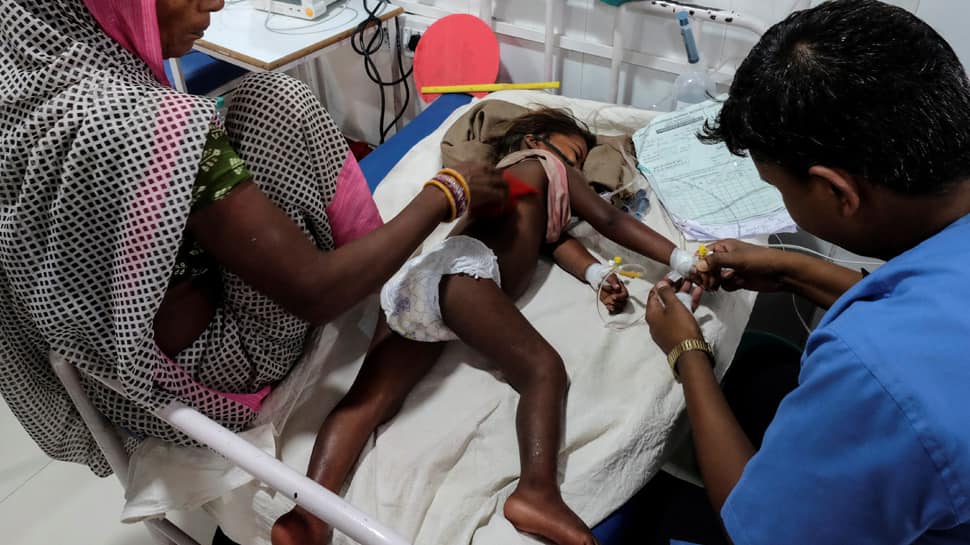 The Acute Encephalitis Syndrome (AES) has claimed the lives of 165 children in Bihar till Saturday morning, plunging the state in a grim crisis. The deadly outbreak of the disease has gripped the children of the state since the beginning of this month. The worst-hit district is Muzaffarpur with the viral disease taking the lives of 127 children. The death toll in the Sri Krishna Medical College and Hospital (SKMCH) reached 107 and that in Kejriwal hospital was 20.

The Centre, as well as the state government, have taken a grim note of the alarming number of deaths caused this year, the highest since 2014. Union Health Minister Harshvardhan visited Muzaffarpur on Sunday, two days before Chief Minister Nitish Kumar toured the district and held a meeting with officials to review the situation. The state health department has deputed additional medical officers, child specialists and nurses from other districts to Muzaffarpur to help the health officials in the district.

Bihar Chief Minister Nitish Kumar had announced an ex-gratia of Rs 4 lakh each to the families of the children who died due to AES. He had also given directions to the health department, district administration and doctors to take necessary measures to fight the outbreak.