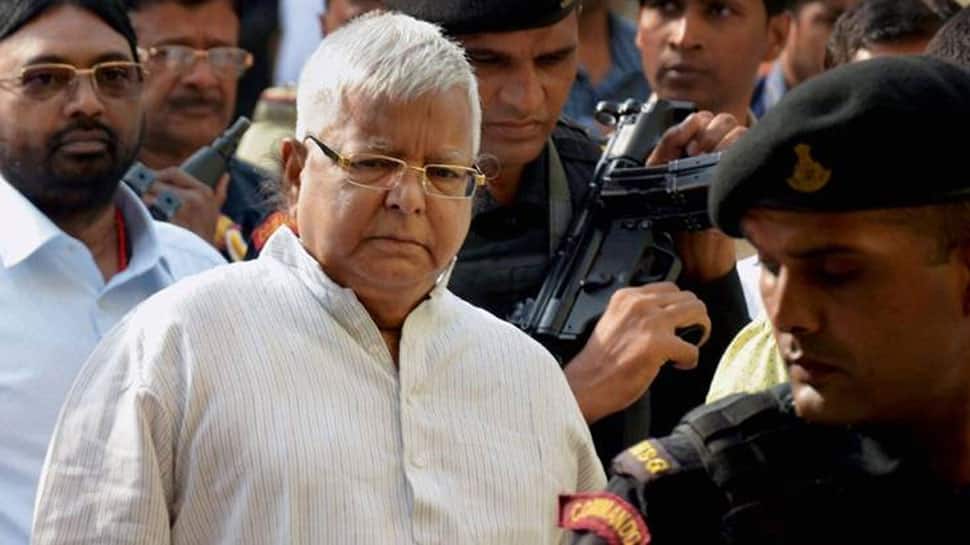 NEW DELHI: In the wake of reports that RJD chief Lalu Prasad Yadav is active on social media despite being lodged in jail following his conviction in the fodder scam cases, the Election Commission has ordered an inquiry into the alleged social media activities of former Bihar chief minister.

According to Zee Media reports, Bihar Chief Electoral Officer HR Srinivasa had said that the poll panel will ascertain whether Lalu Prasad is handling his Twitter and Facebook accounts inside the jail or somebody from outside is handling them.

The Chief Electoral Officer said that action may be taken against him after the inquiry if allegations are found to be true.

Sanjay Singh, Returning Officer in Patna, too informed that the poll panel is keeping an eye on Lalu Yadav's Twitter account.

This comes at a time when the Supreme Court is scheduled to hear petitions filed by Lalu Yadav seeking bail in three cases related to the multi-crore fodder scam.

A bench headed by Chief Justice of India Ranjan Gogoi will take up Lalu Yadav's petition challenging the January 10 verdict of the Jharkhand High Court, rejecting bail to him in these cases.

The fodder scam related to fraudulent withdrawal of government funds from the treasuries of various districts of undivided Bihar in the 1990s when RJD was in power and Lalu Yadav was the chief minister.

The RJD chief was lodged in Ranchi jail in December 2017 in these cases. In the High Court, the RJD supremo had cited old age and poor health for grant of bail.

71-year-old Lalu Yadav is suffering from diabetes, blood pressure and other ailments.

In his petition seeking bail, he had argued that he had already obtained bail in one of the fodder scam cases.

Lalu was convicted for fraudulent withdrawal of money from Deoghar, Dumka and two Chaibasa treasuries. He later got bail in one of the two Chaibasa-treasury related cases.

He is currently facing a fifth case pertaining to Doranda treasury. The RJD chief has been undergoing treatment at the Rajendra Institute of Medical Sciences in Ranchi.

The over Rs 900 crore fodder scam related to fraudulent withdrawal of money from treasuries in the Animal Husbandry department in the early 90s when Bihar and Jharkhand were one state.