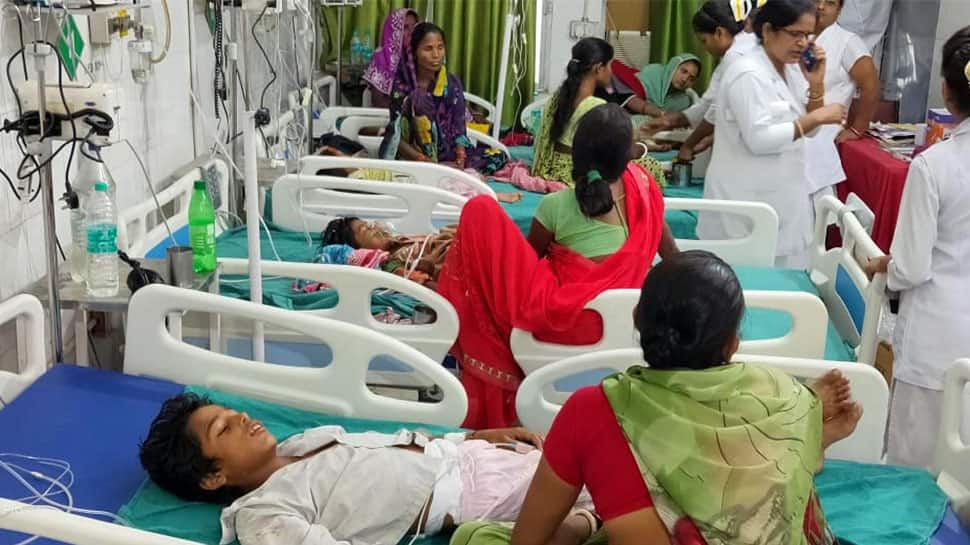 The death toll in Bihar on Thursday rose to 56 due to the outbreak of Acute Encephalitis Syndrome (AES), over the last week. The Sri Krishna Memorial College Hospital (SKMCH) in Muzaffarpur has recorded total deaths of 45 children till Thursday and the death toll in Krishnadevi Deviprasad Kejriwal Maternity Hospital has reached eight. Another three children have also been reported dead in another private hospital.

With the number of children admitted to hospitals with encephalitis symptoms increasing, SKMCH is ensuring adequate stocking of oxygen cylinders. Medical experts suggested that the outbreak occurs only when heat coupled with high-level humidity rises to an extreme level. The disease is controlled with the onset of monsoon.

Encephalitis is a viral infection which causes mild flu-like symptoms such as a fever and a headache. Doctors have also cited a lack of awareness and faith in voodoo magic to be the main reason behind the increasing number of cases.

In rural districts, there is no prevention from the scorching heat. It is reported that mothers of affected children often panic and choose voodoo over hospital care to battle the disease, resulting in delayed treatment.