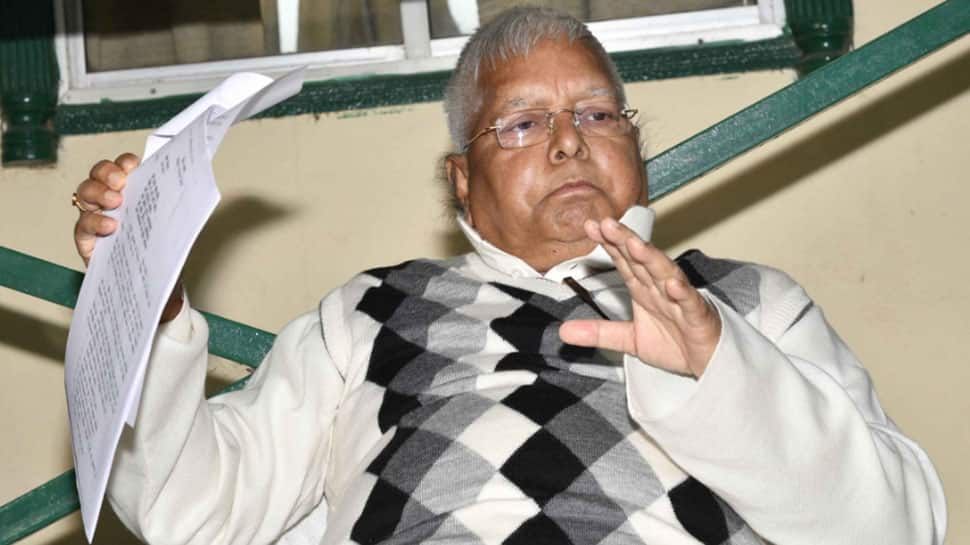 "I have no role in this scam directly; consider minimum punishment keeping in view my age and health grounds," Lalu Yadav said in the plea.

A Special Central Bureau of Investigation (CBI) court is due to pronounce the quantum of sentence in the infamous fodder scam case against Lalu Prasad Yadav and 15 others.

Fodder scam case relates to fraudulent withdrawal of Rs 89.27 lakh from Deoghar treasury 21 years ago. The court had on Thursday deferred the sentencing in the case till today.

The special court had earlier deferred the fodder scam sentencing till January 4 in wake of the demise of advocate Vindeshwari Parsad.

While deferring the sentence, the Ranchi special court also found RJD leaders Raghuvansh Prasad Singh, Tejashwi Yadav and Manoj Jha guilty of contempt of court and summoned them on January 23.

Deferring the sentencing for the second day in a row, CBI judge Shiv Pal Singh said he would decide on Friday whether the sentence would be given over video conference or in the court.

To this, Prasad said he was for personal appearance and assured that there would be no slogans raised in the courtroom by his supporters.

The CBI court had on December 23, 2017, convicted the RJD chief and 15 others in a fodder scam case while acquitting six including another former Bihar CM Jagannath Mishra.

Lalu and Mishra are already convicted in a fodder scam case in 2013 and are out on bail.

Lalu and other convicts were taken into custody immediately after the pronouncement of the verdict.

In a series of tweets, Lalu Prasad had attacked the BJP over his conviction, accusing the party of playing 'dirty politics' to get votes by tarnishing the image of its opponents.

The RJD chief had said he would keep on fighting for social causes till his last breath.

"To hide its failures, false rhetoric and to get votes, the BJP uses every dirty immoral trick in politics to change the public perception of its opponents," he had said.

Lalu's lawyers had said that they will press for a minimum sentence for the RJD chief in view of his age and deteriorating health.

A chargesheet was filed against 38 persons on October 27, 1997, in the case. Eleven of them died and three turned approvers while two other accused confessed and were convicted in 2006-07.