The protest was reportedly organised by members of the Jan Adhikar Party who claimed there was negligence in how the cases of Encephalitis were being dealt with. 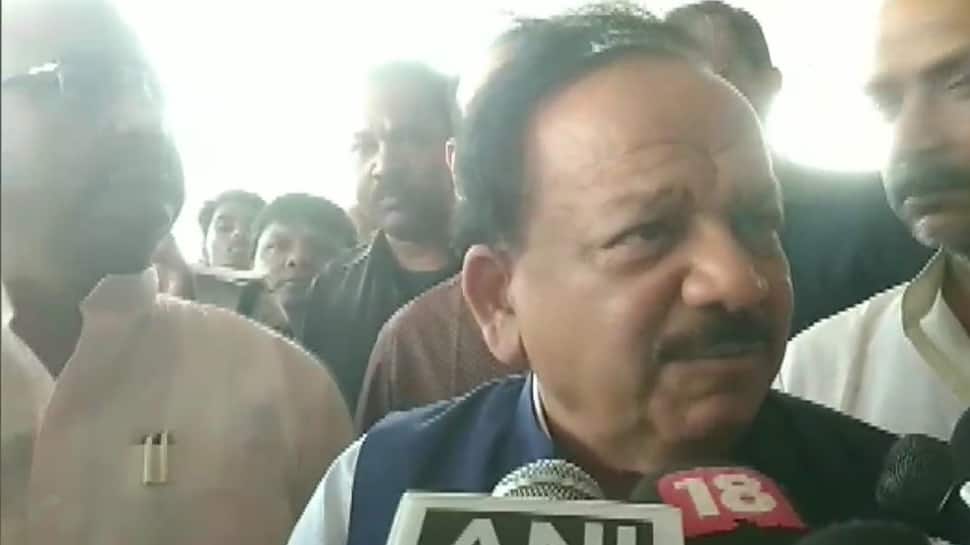 Union Health Minister Dr Harsh Vardhan was on Sunday shown black flags in Patna when he visited Bihar where at least 100 people have been killed due to Acute Encephalitis Syndrome and at least 47 others have lost their lives to heatstroke. The protest was reportedly organised by members of the Jan Adhikar Party who claimed there was negligence in how the cases of Encephalitis were being dealt with.

The members of the Jan Adhikar Party had earlier also gathered around state health minister Mangal Pandey's residence to lodge their protest.

Harsh Vardhan, accompanied by Union Minister of State for Health Ashwani Kumar Choubey and Bihar Health Minister Mangal Pandey, visited the state-owned Sri Krishna Medical College and Hospital (SKMCH) to review the situation prevailing due to the outbreak of Acute Encephalitis Syndrome (AES). He also expressed concern over deaths due to heatstroke and asked people to avoid stepping out unless absolutely necessary.

"It's very unfortunate that people have died due to heat stroke. I advise people to avoid moving out of the house till temperature reduces. Intense heat affects brain and leads to various health issues," he said.

Ministers also held a closed-door review meeting with the doctors and health officials to take stock of the situation. He will also interact with the multi-disciplinary teams deployed in the state.

Vardhan had earlier said that the Centre is extending all support to the state for the containment and management of the recent surge of AES and Japanese Encephalitis (JE) cases. He added that the health ministry is constantly monitoring the situation and supporting the state health authorities in managing the AES/JE cases.

"The continued round-the-clock presence of the central and state teams in the affected areas and preventive actions taken by them have instilled confidence among the public. We will soon be able to contain the rise in AES/JE cases," Vardhan had said.