The video also shows people consoling the rickshaw-puller who is seen in tears and asking for help. 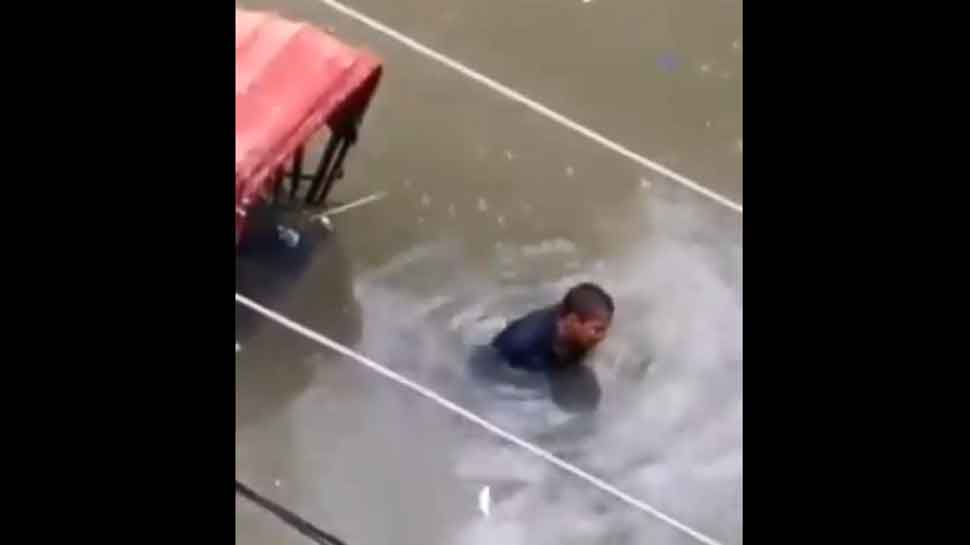 New Delhi: As heavy rains continue to flood Bihar, a heartbreaking video of a rickshaw-puller stranded in deep-chest water on a street in Bihar has gone viral on social media. The video, captured from an apartment balcony or window high up, has a conversation of two people with the rickshaw-puller, who appears to be in a distressed at the thought of abandoning his rickshaw in the water-logged street.

The video also shows people consoling the rickshaw-puller who is seen in tears and asking for help. The people recording the video can be heard asking him to park his rickshaw near their home while assuring him to keep an eye on it so that he can get to safety. However, the man refuses to leave behind his rickshaw as expected and continues to put in efforts to take it out on the water-logged street. He can be heard saying that he can neither go forward nor leave it as it is his only source of income.

The death toll due to incessant rainfall and flood in different areas of the state has risen to 29, officials said on Monday.

According to the Bihar State Disaster Management Authority, till now, 29 people have died in the state due to rainfall. The state government has requested the Indian Air Force (IAF) for two helicopters for lifting and airdropping food packets and medicines, in the flood-affected areas of the region.

Dewatering machines have also been sought by state to provide relief in the flood-affected areas.

Chief Minister Nitish Kumar on Sunday afternoon visited the severely flooded areas of the state capital and issued necessary instructions to the officials for resolving the issue.