Rain-related incidents claimed eight lives in Bihar, six in Assam and 15 in UP. 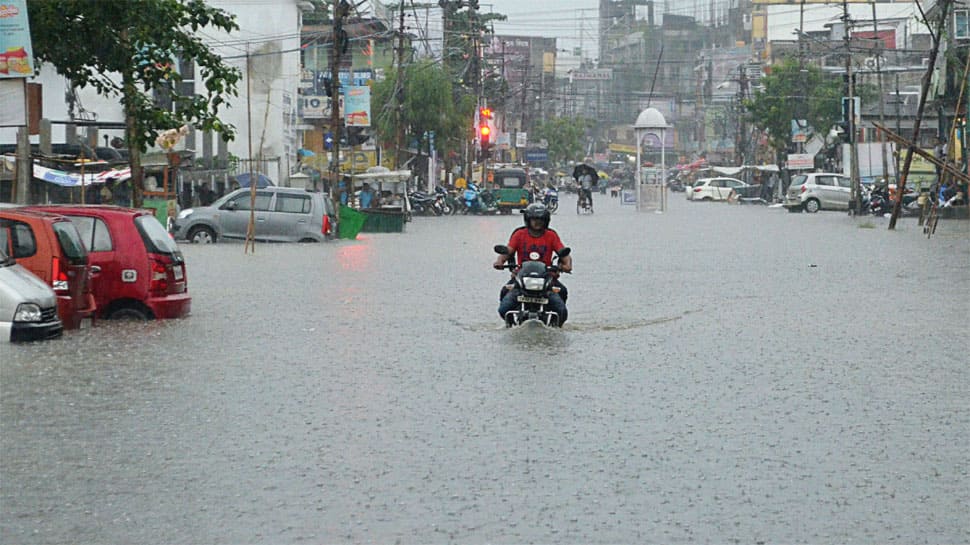 A bike rider crossing the waterlogged road due to heavy rain in Agartala on Friday. (ANI PHOTO)
Share:
Written By:

PATNA/GUWAHATI: Heavy rainfall has thrown life out of gear in Bihar, Assam, Meghalaya, Sikkim and parts of West Bengal. The Indian Meteorological Department (IMD) has predicted heavy rains in these states on Saturday and Sunday.

The states of Manipur, Mizoram and Tripura will also receive torrential rains. The IMD also predicted that rough to very rough sea conditions (with wind speed reaching 40-50 kmph) is likely to prevail over southwest and west-central the Arabian Sea. The fishermen have been advised not to venture into these areas.

In Bihar, the water level in Gandak Barrage rose after heavy rain in West Champaran, throwing traffic and rail services out of gear. Heavy rainfall alert has been issued in Patna, Araria, Motihari, Bettiah, Supaul, Sitamarhi, Madhubani, Bhagalpur, Khagaria, Purnia and Madhepura districts. The administration also imposed section 144 in Eastern Champaran and Motihari districts fearing heavy rains. All schools and educational institutes in the districts are closed on Saturday. As per reports, eight people died in Bihar due to rain-related incidents.

Meanwhile, in neighbouring country Nepal, at least 16 were killed due to the damage caused by floods and landslides, triggered by incessant rainfall in last the 24 hours, according to government figures.