Mokama MLA Anant Singh, who is known as 'Chhote Sarkar', is currently lodged in Beur Central Jail in Patna. 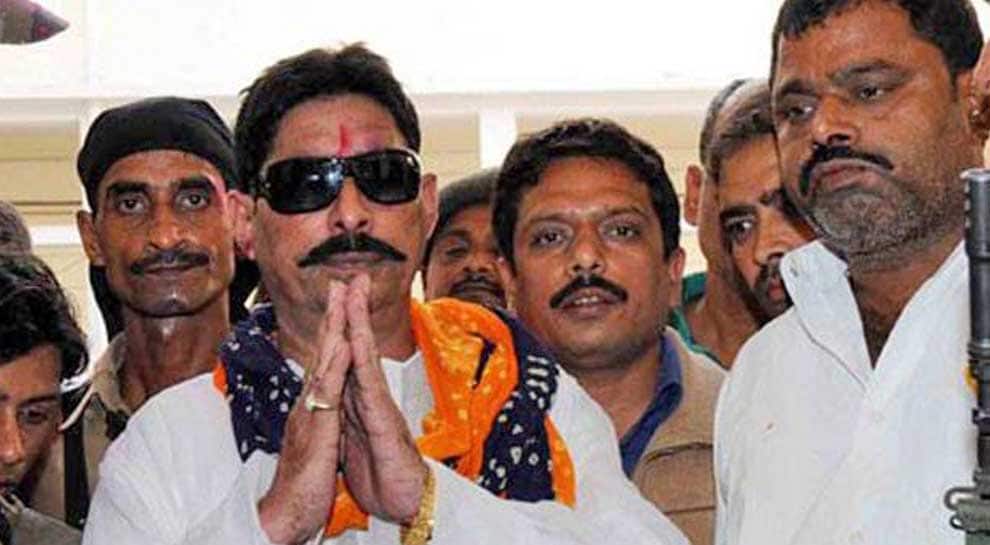 According to reports, the Mokama MLA's wife alleged that the Nitish Kumar government-led JDU-BJP government is acting in a one-sided manner and it has given her husband's main opponent Viveka Pahalwan a free run.

Singh's wife alleged that Pahalwan, who was seen flashing an AK 47 in a viral video, has not been arrested as yet for the offence.

It may be recalled that Anant Singh, who is known as 'Chhote Sarkar', is currently lodged in Beur Central Jail in Patna.

The Mokama MLA had surrendered before Saket Court in New Delhi on August 23 after being on the run for many days following the recovery of an AK 47 rifle, grenades and bullets from his ancestral home on August 16.

The gangster-politician was later charged under the Unlawful Activities (Prevention) Act. Following this, the Bihar Police also issued a lookout notice against him.

Days ahead of surrendering before the Saket Court, Anant Singh released a video in which he claimed that he will surrender in the court as he has full faith in the judiciary, and not before the police.

In one such video, the Independent MLA from Mokama made some serious allegations against the Bihar Police, claiming that JDU MP Lalan Singh, Minister Neeraj Kumar and Barh ASP Lipi Singh had conspired against him.

Accusing Lalan Singh, Anant Singh claimed that the JDU MP got weapons placed in his house of which he was unaware. The Independent MLA further alleged, "Lalan was planning to install a weapon using a rope inside my body so that he could get another set of charges framed against me".