The BJP president said that the CAA has received the best response in Bihar. 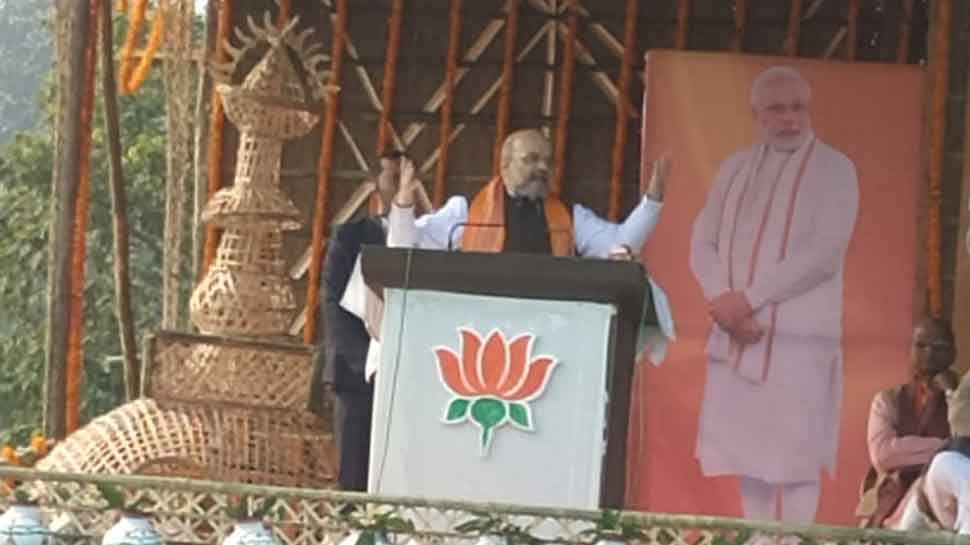 VAISHALI: Union Home Minister and BJP president Amit Shah on Thursday slammed the Congress-led opposition parties for opposing the anti-Citizenship (Amendment) Act and said that their anti-BJP propaganda will not succeed.

Addressing a rally in Bihar's Vaishali district, the Union Home Minister said, ''The opposition parties engineered anti-Citizenship Amendment Act (CAA) riots, which forced the BJP to hold rallies across the country to make people aware of their nefarious designs.''

The BJP president claimed that the CAA has received the best response in Bihar.

"CAA intends to help those who came to India after their women were raped in front of their eyes. Their properties were snatched away. Their places of worship were desecrated. Why the government of India should not give them the country's citizenship," Shah added. 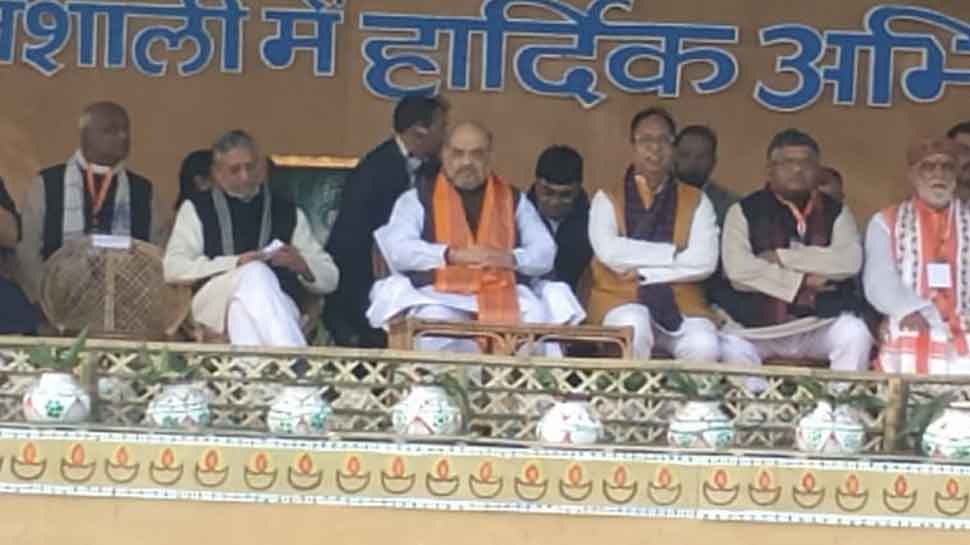 Referring to speculations about a rift between the ruling JDU and BJP, Shah said that the two parties will contest the upcoming assembly elections in Bihar together.

''I would like to put all rumours to rest. The next election in Bihar will be fought under the leadership of Nitish Kumar Ji. BJP and JD(U) will contest together,'' Shah said.

Shah further stated that he wants to end all rumours by openly declaring that the next assembly elections in Bihar will be fought under the leadership of Nitish Kumar.

The Bihar Assembly elections are due in October this year. The opposition parties - RJD, Congress and RLSP - among others have already launched their campaign to defeat the ruling JDU-BJP alliance.

Lashing out at the opposition, Amit Shah had on Wednesday accused it of spreading negativity in the country saying that opposition was unable to find a solution to joblessness in last 60 years.

"I want to ask them all, was any new solution found during your 50-60 years rule to provide employment to the youth of this country having 130 crore population...you did not do anything new and are now seeking answers from us," Shah said, without naming any particular political party.