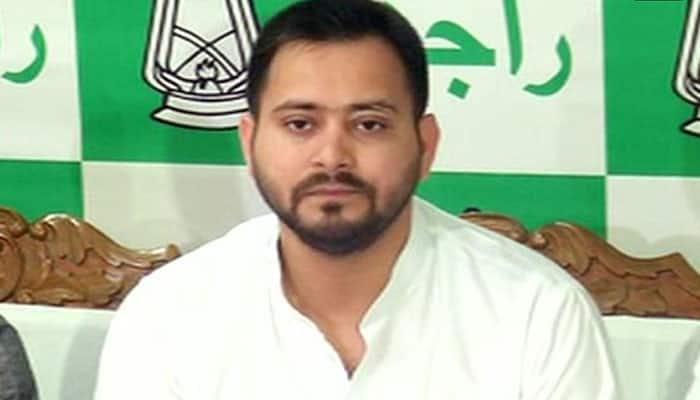 PATNA: In a major setback to RJD leader Tejashwi Yadav, the Patna High Court on Monday dismissed his petition challenging the Bihar government's order asking him to vacate the bungalow allotted to him while he was the deputy chief minister.

Patna High Court has rejected RJD leader Tejashwi Yadav's petition challenging Bihar government's order to vacate his bungalow. The bungalow was allotted to him when he was Bihar Deputy CM. (file pic) pic.twitter.com/TtaoocFuSu

The order was passed by the division bench of Chief Justice AP Sahi and Justice Anjana Mishra, which rejected the Rashtriya Janata Dal (RJD) leader's appeal challenging a single-judge order dated October 6, 2018, which had turned down his petition against the state government's direction.

The single-judge bench had said in its order that "the petitioner has been allotted a bungalow, matching his status as a minister in the government, at 1, Polo Road, Patna. He cannot raise a complaint on the decision so taken, simply because the present bungalow is more suited to him".

Yadav, who is now the Leader of the Opposition in the Bihar Assembly, occupies the 5, Desh Ratna Marg bungalow, which is at a stone's throw from the Raj Bhavan and the Chief Minister's official residence.

The Nitish Kumar government has asked Yadav to swap residences with Deputy Chief Minister Sushil Kumar Modi, who lives in 1, Polo Road, situated about a kilometre away.