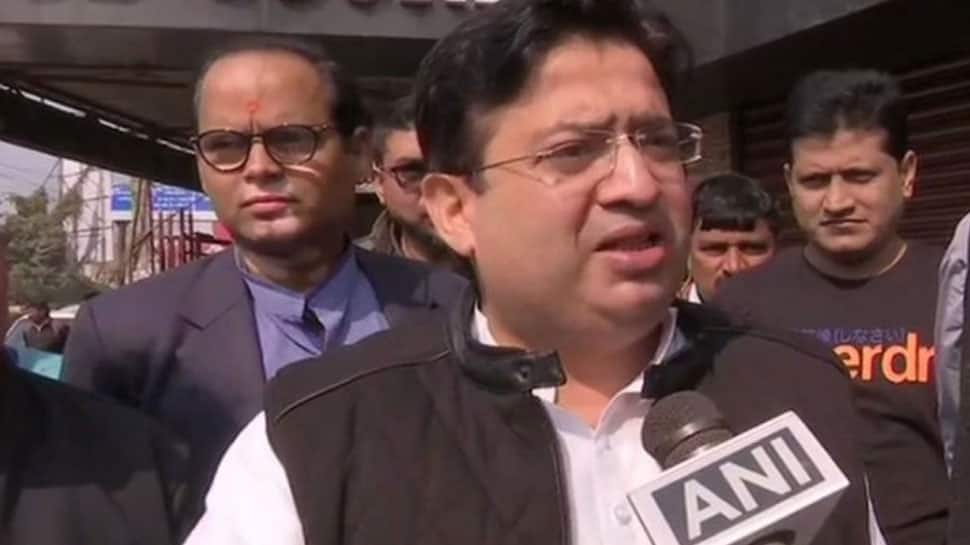 Patna: JD(U) leader Rishi Mishra on Saturday quit Bihar Chief Minister Nitish Kumar's party and joined the Congress saying that it had become "difficult" for him to remain in an alliance which included the BJP.

Rishi, whose grandfather Lalit Narayan Mishra was one of the tallest Congress leaders from the state in the 1970s, was inducted into the party at its state headquarters - Sadaqat Ashram - in the presence of Bihar Pradesh Congress Committee (BPCC) president Madan Mohan Jha.

"We are glad that Rishi Mishra has returned home. His presence will strengthen the party," Jha said.

"For the past 18 months, I had been living in suffocation. I have no problems with Nitish ji but it was extremely difficult for me to face the people of my constituency as I had fought the assembly polls against the BJP and now my party was in alliance with it," Mishra told reporters.

Mishra had contested unsuccessfully from Jale segment in Darbhanga district in the 2015 assembly polls, a year after he had grabbed the seat in a by-election. He had lost the seat to Jibesh Kumar of the BJP.

Asked about his prospects in the Congress, Mishra said, I have come with no conditions. I will be here for life and serve the party as my father did".

LN Mishra, who was then the Railway Minister, had died in a bomb blast at a railway station in Samastipur district in 1975. His assassination was blamed on organizations as diverse as the CIA and the spiritual cult Ananda Marg.

Mishra's assassination was followed by the political advent of his younger brother Jagannath Mishra, who became the chief minister within a few months of the elder sibling's killing.

Serving sentences in fodder scam cases but out on bail on medical grounds, Jagannath Mishra is believed to be close to the BJP and his son Nitish Mishra heads the party's state media cell.

LN Mishra's son Vijay Kumar Mishra, Rishis father, who had represented Darbhanga Lok Sabha seat between 1984 and 1989 as a Lok Dal MP, has been an MLC nominated by the JD(U) since 2014.