The mercurial RJD MLA called on the former Bihar chief minister at the residence of his younger brother Tejashwi Yadav, who remained conspicuous by his absence. 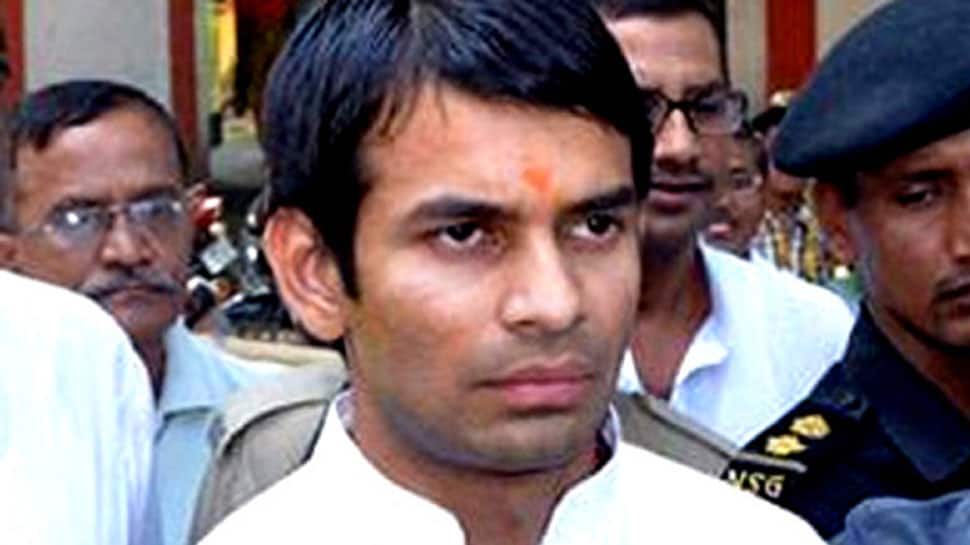 The mercurial RJD MLA called on the former Bihar chief minister at the residence of his younger brother Tejashwi Yadav, who remained conspicuous by his absence.

Pratap for the past few months has avoided crossing paths with his mother and younger brother, which was apparent during the short winter session of the assembly in November.
Differences between Pratap and Rabri began over her refusal to back his decision to divorce his wife of six months.

For the past one week, Pratap has been involving himself in party affairs with an intensity previously not seen, which has led to speculation that he wanted to assert himself in the backdrop of Tejashwi's growing clout within the party.

Emerging out of Tejashwi's 5, Desh Ratna Marg bungalow, the elder brother, however, sought to dispel the perception that he was uneasy with the younger sibling being viewed as the party's de facto leader in their father's absence.

Upon being approached by a posse of journalists, who asked whether the absence of Tejashwi, who was said to be in the national capital, was another indication of cold vibes between the two brothers, Pratap, who had smeared bhasma' on his forehead in his trademark style, reiterated, "I hereby say Tejashwi is going to be the next chief minister of Bihar."

When asked whether he would like to extend New Year greetings to incumbent Chief Minister Nitish Kumar, Pratap looked straight into the cameras and said, "Wish you a very happy new year uncle. Hope you are watching this."

The former minister said after his recent pilgrimage to Kashi, Vrindavan and Kurukshetra, he was duty-bound to meet his parents and seek their blessings. "I have already received the 'ashirwad' of my father. I am happy that my mother has also blessed me on her birthday," he said.

About a fortnight ago, Pratap had called on Lalu, who is serving sentences in a number of fodder scam cases and is currently lodged in a hospital in Ranchi to get treatment for a number of ailments.

The meeting of the father-son duo was preceded by the latter's prolonged absence from Bihar, which followed a petition he filed in a court here seeking divorce from Aishwarya Rai, daughter of party MLA Chandrika Rai, whom he had married in May last year. Asked whether his mother was now supporting his decision to seek divorce, Yadav cryptically replied, "She is with me in all my battles." He said he would not give his marriage another chance and that he was not reconsidering the decision to seek divorce. The divorce petition would come up for hearing again in a Family Court here on January 8.