Unclaimed bodies were not cremated, probe on: Bihar Minister after skeletons found near hospital

The Bihar government said that an investigation is underway to know how the bodies were not cremated and were lying in the open. 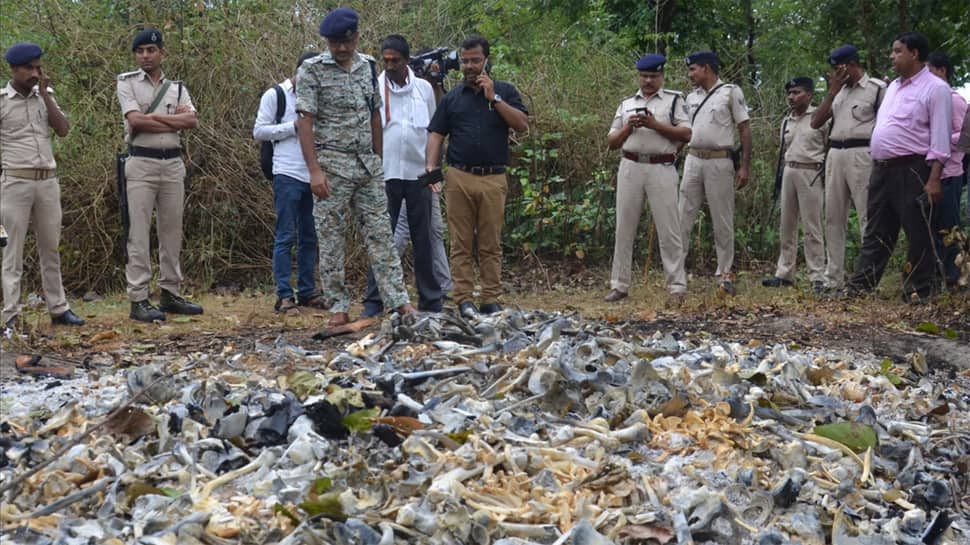 PATNA: The Bihar government which is already facing flak for the rising number of deaths due to Acute Encephalitis Syndrome (AES), is on the backfoot after the human skeletal remains were found strewn near Sri Krishna Medical College Hospital (SKMCH).

The Bihar government said that an investigation is underway to know how the bodies were lying in the open. "Sometimes bodies have no claimants so the government gives Rs 2,000 (to post mortem department) to burn the bodies, which they don't do many times," Bihar Minister Ashok Chaudhary said.

He added that an investigation is underway to reveal the truth of the incident. However, he added that media is projecting the case differently from what it actually is.

Human skeleton remains were found near a garbage dump close to the post-mortem section of the hospital in Bihar's Muzaffarpur on Saturday. One or two of the dead bodies were found charred and hundreds of skeletons were found strewn on the ground or stuffed into sacks in the forest area.

An investigation team of the SKMCH accompanied by policemen visited the spot on Saturday. "The postmortem department takes care of the dead bodies. This is really inhuman if they have dumped the bodies in open. We will ask their department head to call an inquiry regarding the matter," Superintendent SK Shahi had told news agency ANI on Saturday.

When a hospital receives any dead body, it has to immediately contact the nearest police station and file a report in this connection. The corpse has to be kept in the postmortem room for 72 hours after the report has been filed. If no family member arrives for identification of the body within 72 hours, it is the duty of the postmortem department to bury or burn the body following the stipulated procedure, Shahi said.

"Unclaimed bodies after post-mortem are cremated in due course. These skeletal remains are found at the spot where cremations are said to take place. But I agree this should be done in a more humane fashion," Sunil Kumar Shahi, Superintendent of the SKMCH hospital said.

An epidemic-like situation has arisen in the wake of the outbreak of Acute Encephalitis Syndrome, which has claimed close to 167 lives across the state. Muzaffarpur district alone has accounted for 129 deaths.