WATCH: Engineer kidnapped, forced to marry at gunpoint in Bihar

A 29-year-old engineer in Bihar was on Wednesday reportedly abducted and forced to get married to a woman at gunpoint. 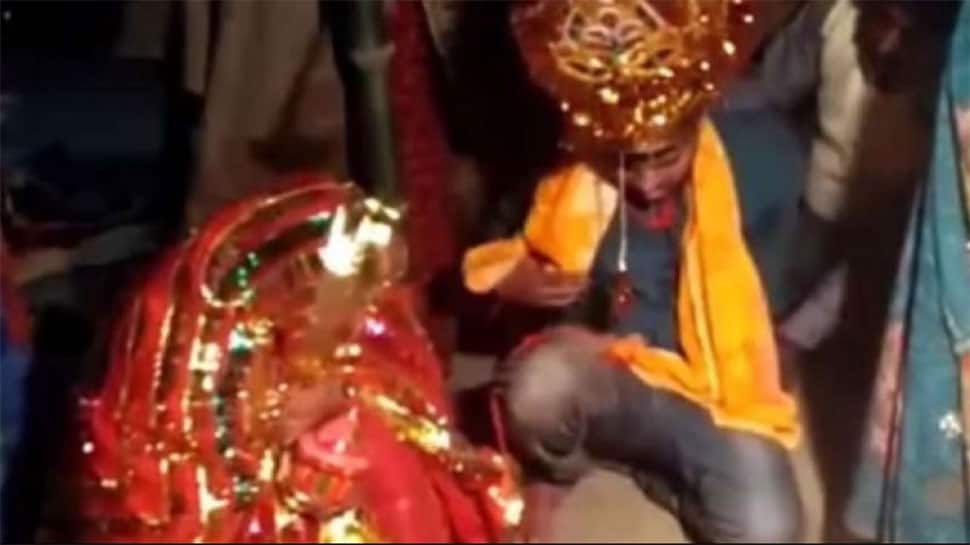 PATNA: A 29-year-old engineer in Bihar was on Wednesday reportedly abducted and forced to get married to a woman at gunpoint.

The incident that took place in Patna's Pandarak area, came to light after clips of the wedding went viral on social media.

In the video, Vinod Kumar, a junior manager at Bokaro Steel Plant, is seen being thrashed and compelled to perform wedding rituals.

"We are only performing your wedding, not hanging you," her relatives are heard saying in the video.

Media reports suggest that this is a case of forced marriage, popularly known as 'pakadua shadi' in the local language.

Vinod, who hails from neighbouring Khusrupur area, went to the place to attend his colleague's marriage. Following this, he was abducted and taken to Pandarak.

Vinod who hardly even knew the name of the bride was quoted by DNA as saying, "One of his family members pointed a pistol at me and ordered to marry the girl."

"After my forced marriage, the girl's family members kept me inside a room whole night. Next day, I contacted my brother who reached the village and contacted the police," he said.

Later, Vinod's family submitted a written complaint to Pandarak police station, however, he said that the police did not register an FIR.

"Instead, police asked my family to manage things as the marriage was already solemnized," he said. He alleged that Surendra and his family members were threatening him and his family over the home and asking his family to accept the girl.