A number of allegations have been made that threaten the integrity of the election process, and there seems to be an agenda. 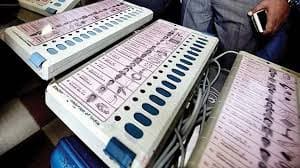 In one of my blogs few days back I had flagged an important issue. In the present election stakeholders are resorting to most undesirable resort of throwing allegations on their competing political outfits. So much so that the president of one of the most prominent political parties which had been in power in this country has been issued notice for contempt of court by the Supreme Court. This is even after he had expressed his regret for his remarks in the Supreme Court on 22.4.2019 through an affidavit.

Ironically, minutes after he had expressed his regret for uttering the phrase in the heat of election campaign, he was found again doing the same in the course of election campaigning, which reinforced the Supreme Court to reinforce its proceedings. It is obviously clear from these actions to the public at large that this submission of regret in the Supreme Court was indeed an effort to obviate any adverse reaction from the apex court and was lacking the right earnest.

Denigrating the voters
In the same constituency, his sister and the prabhari of Congress for Eastern UP was provoking the women in Amethi against the other candidate, against distribution of goodies and gifts, telling them that by virtue of distributing these gifts, the other candidate has made you beggars and hurt your self-respect. What could be most hypocritical than this?

Citizenship challenged
In the same vein, some candidate has challenged the citizenship of this very same Congress president. Please draw the line somewhere. Should you believe that this candidate was not an Indian, the returning officer is not the authority to decide that. As long as a person is born in India, by default he is a citizen of India unless specific documentation can be presented to prove otherwise, and until the otherwise is proved, he shall be deemed to be a citizen of India.

Further, may I also share that it is the Ministry of Home Affairs, which is the public authority. Ministry of Home Affairs will also not take cognisance of application by every Tom, Dick and Harry. The person challenging the citizenship of another has to establish as a stakeholder, meaning how this alleged illegal claim of citizenship will affect his rights. Were they to take cognisance of every challenge, then there would be utter chaos both in the Union of India as well as state governments, whose institutional machinery is used to verify the antecedents and authenticate the documentation. Further establishment of this allegation cannot be arbitrary and the Ministry of Home Affairs has to do its de rigor on it to establish this conclusion.

Hence, this is vice of the system that a decision cannot come forth within the timeframe of the election process. Therefore, we had the case of MK Subba who was elected to the Lok Sabha thrice, before a decision in his case came with attendant consequences.

Constitutional framework
In this context, I would like to share one more important aspect relating to elections. In Article 324 of the Indian Constitution, the title itself says the Election Commission of India shall be vested with superintendence, direction, and control of elections, which inter alia under clause (1) includes superintendence, direction and control of the preparation of electoral rolls for and conduct of all elections to Parliament and legislatures. Now, I take you to clause 4 under Article 324, which lays down that, "Before each election… the President may after consultation with the Election Commission appoint such Regional Commissioners as may be considered necessary to assist the election in the performance of its functions conferred on the Commission under clause (1)."

Institutional framework
As soon as any function as detailed in clause 1 is ripe, process is initiated to appoint the regional commissioner as stipulated in clause 4 (supra) and the respective state government is requested for designation of one its officers as the Regional or State Chief Electoral Officer. His engagement in the election is only till the discharge of the function stipulated in clause (1) above and otherwise he is an officer of the respective state government. His APAR is written by the Chief Secretary unlike Chief Vigilance Officers, wherein a separate assessment of his vigilance duties is assessed by the Vigilance Commissioner. Therefore, to allege any commitment to party in power or such things is putting the before the horse and asking it to be driven.

Reform suggested
Election Commission can surely reform this to ensure more independent conduct of its function by advising the President that any officer being considered for appointment as Regional Commissioner or Chief Electoral Officer of any state should not be either domicile of the state and should not belong the service cadre of that state in case of an AIS officer, in which the services are sought to be utilised. This should be made an omnibus provision. This will infuse more objective, fair, credible conduct of elections. We will not have names going missing from the electoral rolls.

Whining about EVMs
Now, the common whining point is the Electronic Voting Machines. I have explained the eco system as to how the human resources are co-opted in conduct of elections, albeit with a possible suggestion for reforms. The same is applicable to the logistics and paraphernalia of the elections process. The setting and location of the polling booths, the engagement of private buildings, wherever required, for the location of the booths, voter amenities, etc, are also the domain of the state government officer designated as Chief Electoral Officer.

Election Commission of India does not interfere in these matters of details. Similarly, all the Electronic Voting Machines are in the possession of the Chief Electoral Officer. The Election Commission of India does not have the wherewithal to store the EVMs in times when there are no, and it is again in the custody of the state government machinery.

Unpleasant challenge to EVMs
However, in the last few months we have seen a hackathon in London, which was unsuccessful. We are hearing several allegations of manipulation of the EVMs. Nara Chandrababu Naidu, who is the Chief Minister of Andhra Pradesh, is now whining that EVMs have been manipulated from Russia. That means his own officers who are designated Returning Officers have been involved in this. That is the inference.

Denigrating the country
Having said that, by virtue of repeatedly challenging the accuracy and efficacy of EVMs, are we not denigrating the country's democratic credentials? Try doing it in any other country. They will be slapped with sedition. Some of the manifestos do propose dilution of the same. Is it with a hidden agenda ?

Perils of VVPAT
Now, on the insistence of VVPAT, let me give you a perspective. It is a paper record to the voter, of whom he has voted for. No issues in that. But we know that in certain places open threats are issued to voters to vote for a certain party. The goons of the party are issuing this threats under instructions from the party leaders. In case a voter is given a paper trail of his vote, just upon coming out of the polling booth, the said slip will be snatched from the voter. In case he has defied the order of the local goons then he will be victimised and may be his house may be set on fire. His security will be compromised. We all know the ground reality. The very secrecy of ballot of the voter will be compromised.

Is this the purpose that some people are asking for 50% VVPAT verification? Highly possible. Because by virtue of ensuring 50% votes being polled in your favour by the above method of intimidation, the said political party would ensure victory. After all 50% of votes by any means in 50% of the constituency is an assured way of getting the majority and forming the government.