Gandhi or Tata, dynasties matter in India. Not just clans, they are brands

There is a lot of hard work that goes into maintaining dynasties as brands. 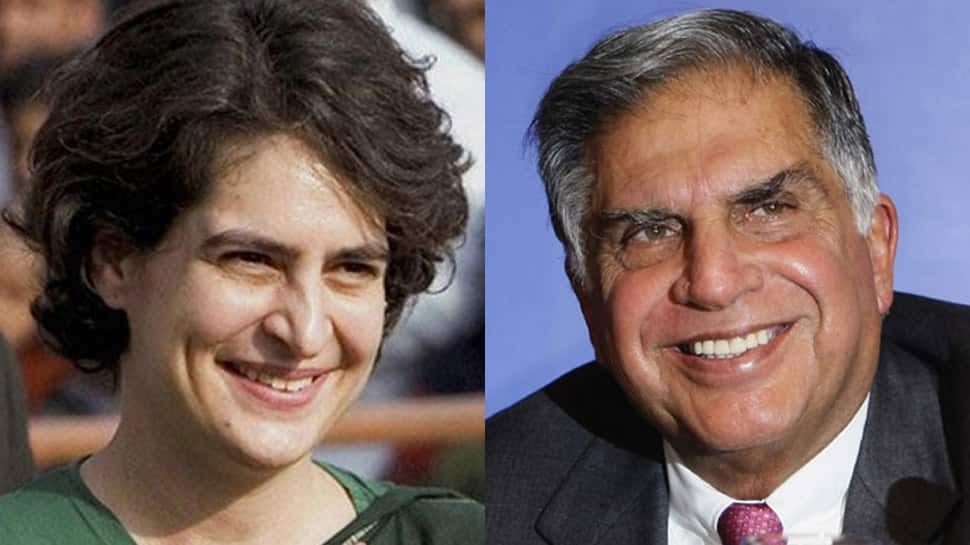 Two seemingly unconnected events over the past week, one in business and the other in politics, have a common link. And thereby hangs a tale of how one man's dynasty could be another man's trusted brand.

Days after the Indian National Congress announced Priyanka Gandhi as a new general secretary in-charge of UP East, tongues wagged predictably, some in glee , some in sarcasm and some in criticism. The globally watched entry into active politics of the scion of the Nehru-Gandhi clan () raised familiar questions on how dynastic rule could be promoted in the world's largest democracy in the 21st Century. Yet, we know that not only Congress workers but even opposition leaders wished her the best. After all, the Nehru-Gandhi family is not the only political clan in the country. The Congress has its own leaders including Sachin Pilot, Jyotiraditya Scindia and Jitin Prasada whose fathers were senior leaders in the party. From NCP to DMK, TDP and Samajwadi Party, we have scions taking the place of parents or being prepared or packaged to hold senior responsibilities.

It pays to ask a hard question: Why do Indians vote for the sons and daughters of leaders and even catapult them into senior positions without their going through the meritocratic mill?

The answer, in my opinion is this: While families may be revered for their leaders and faces may carry a charisma, they also stand for political constituencies that represent ideas, ideologies, policies and programmes that are buttressed by promises and performance. In that sense, political dynasties are no different from business families. If shareholders favour Mukesh Ambani in a company founded by Dhirubhai Ambani, why can't voters back a Priyanka or Rahul Gandhi as an inheritor? However, their election depends on their promise and/or delivery, and not just their surnames.

You could say that at least in publicly listed companies like Reliance Industries, there is a clear controlling ownership of shares by the Ambani family through its investment companies that ensures a majority almost by guarantee. Political parties enjoy no such luxury. Both within a party or in elections to assemblies or parliament, the surname is no guarantee of re-election. In the event, the families rely on their favourite vote banks or ideas to do the job. There is a lot of hard work that goes into maintaining dynasties as brands.

Away from India, in the Swiss mountain resort of Davos where the annual conglomeration of the world's richest and most powerful policy makers and corporate leaders meet at the World Economic Forum, a global study by Brand Finance has just listed Tata among the world's 100 leading brands. Now, the Tatas are also a business dynasty. Ratan Tata, the group's former chairman and still reigning figure of the Tata Trusts that controls the salt-to-software business empire, has time and again spoken of the "Tata values". The group began with the late J.N. Tata's foray into steel more than a century ago is today touching everything from solar energy to trendy garments. What connects it all?

Ask the Tatas, and they will tell you about things like fairness, honesty, ethics et al. Ask the Nehru-Gandhi family, and they will talk of empowerment of women, equality for Dalits and a better deal for farmers and religious minorities among the Congress party's core concerns. Talking in Odisha last week, Congress president Rahul Gandhi said he was against the BJP-RSS views of "one ideology and one set of people" in an evident attempt to underline the diversity Congress supports. "The Congress has a different view on how key institutions should be supporting the country. It respects decentralisation, independence of institutions and constitutional advances," he said.

The dynasty brands of both the Tatas and the Gandhis are built around such statements. Both the Gandhis and the Tatas have faced criticism for not adhering to their commitments sometimes. But it is important to remember that in the short run, the name pulls in workers/employees/financiers for Congress and customers/voters/shareholders for the Tatas but in the long run, it is the performance and policies that win the "trust" around which the brands are built.

Both the organisations, the Tata Group and the Congress, have a huge team and a machinery to build these brands. In that sense, the Nehru-Gandhi political dynasty is not about a simple feudal inheritance but a clever mix of surname charisma with brand promise. There are those who work for the party despite their lack of faith in family-run politics because between the policies, promises and postures, there is much to be gained from the "brand" rather than the "dynasty."