Hindi merely one of many languages in India, English takes us global. Happy Pongal!

Our crops are different, our festivals and new year celebrations fall on different dates and we speak different languages and follow different religions. It is time for sarkari babus to know that diversity is important for Indian unity. 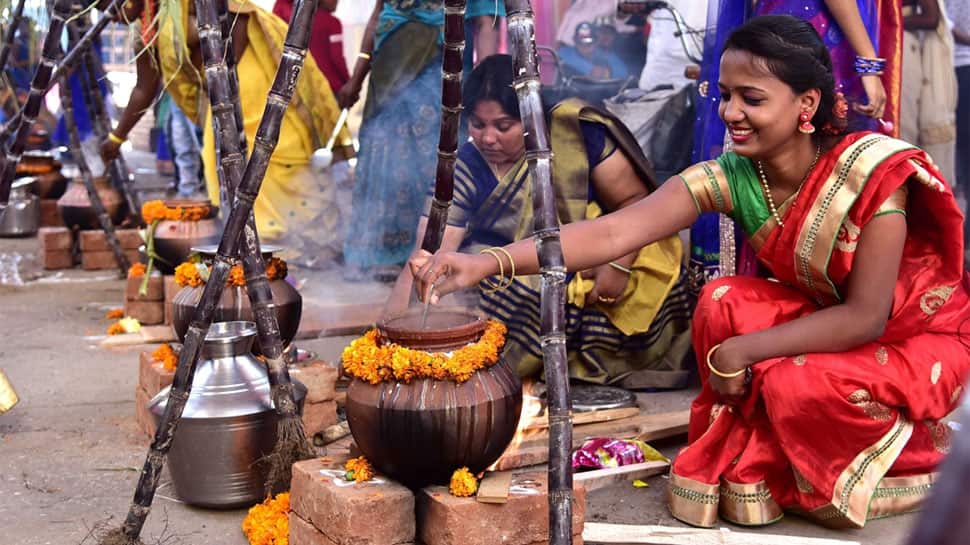 I would like to wish all of you a very happy new year. You think I am two weeks late? Oops, I forgot to tell you that I am wishing you a Thiruvalluvar New Year, based on a calendar that starts with the birth of the Tamil poet who gave us the Thirukkural, the omnibus of couplets on everything from God and ethics to conjugal pleasure. To the Tamils, he is like Jesus Christ.

A press release from Kamal Haasan's Makkal Needhi Maiyam party announced that the superstar-turned-politician launched a diary for the Year 2050 of the Thiruvalluvar calendar. If the news was not noticed in other parts of the country, it is symbolic of the kind of ignorance that can fan tensions across India, as it did last week when an immigration official at the Mumbai International Airport refused approval to a scientist from Madurai in Tamil Nadu on the way to the US because he could not speak Hindi.

The fact is that there are dozens of languages in India and Hindi is "a" not "the" national language. Nor is it mandatory to speak it. And there are several new year days in India: the Parsees have their Navroze, the Tamilians themselves also mark another new year in April, the Muslims have their Hijri year and the Telugu and Kannada speakers their Ugadi, and so on. India is a multicultural republic and English is a link language.

It is true that in the newfound days of exuberance after Independence in 1947, there was a widespread belief that Hindi would be India's official language but both pragmatism and politics have changed things. Jawaharlal Nehru promised the South that Hindi will not be imposed on those who do not want it. It is a different matter that Amitabh Bachchan's movies have done more than Rashtriya Swayamsevak Sangh in promoting Hindi in the South. But then, that is voluntary.

Meanwhile, English not only links India, but it has also re-emerged as the international business language thanks to the emergence of the US and computers as major economic forces. Even the French and the Japanese learn English, shedding their cultural insularity.

So why should Indian officials not celebrate it? India's IT revolution has been supplemented by the IT-enabled services boom and English has played a major role in both as the former colonial master's language turned an export earner.

Uttar Pradesh was once ruled by Mulayam Singh Yadav, who opposed English education. But last year, the state government announced plans for English medium education in 5,000 government-run primary schools. The BJP government simply decided to expand a scheme started by Mulayam's son Akhilesh Yadav during the Samajwadi Party's recent rule in the state.

In such a context, it is bizarre to say the least when a Mumbai immigration official steadfastly refuses to work in English for PhD student Abraham Samuel, who tweeted to glory as he whined on Twitter to all who would hear and received much support and empathy.

India's government officials, especially those involved in public dealings such as the passport office, immigration, and transport departments, need to be trained and educated on how to deal with citizens in a multilingual nation, not to speak of foreigners.

I have fond memories of landing at the Los Angeles International Airport, where it is a delight to see immigration officials speak Tagalog from the Philippines, Arabic, and Hindi/Punjabi in addition to languages like Spanish. If the US could do that for foreigners, surely we could do something for our own varied citizens.

On that note, here is wishing you all a Happy Pongal, which coincides with the start of a Thiruvalluvar Year. And do remember, if you are not familiar, that Pongal is Tamil Nadu's harvest festival. Punjab has its own harvest festival in April with Baisakhi, as do some other parts of India. Our crops are different, our festivals and new year celebrations fall on different dates and we speak different languages and follow different religions. It is time for sarkari babus to know that diversity is important for Indian unity.