Is Sonam Kapoor the bravest, boldest female star in Bollywood? It seems so 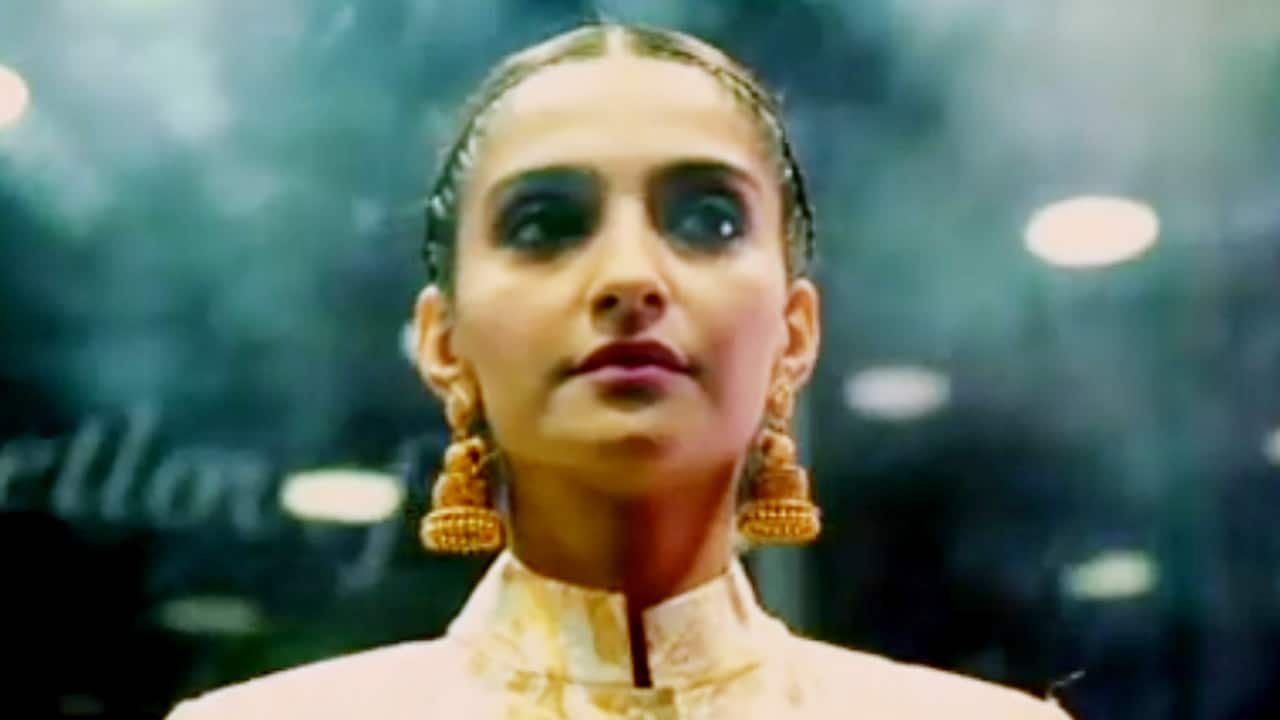 Who is the bravest mainstream Bollywood actress today? Not many of them get a chance to be brave. They are so taken up with being gym-produced eye candy that our heroines today scarcely get a chance to make their presence in the films they consider to be pathbreaking.

I mean, what did the highly-regarded Anushka Sharma do with her ostensibly offbeat roles in Imtiaz Ali's Jab Harry Met Sejal and Aanand Rai's Zero? With the exception of Alia Bhatt who is an absolute game-changer, the other actresses are only adding lustre to the patriarchal proceedings.

There are exceptions. Deepika Padukone who debatably claims to have been paid more than her co-stars Ranveer Singh and Shahid Kapoor in Sanjay Leela Bhansali's Padmaavat, is trying to make a difference to the way audiences perceive beautiful actresses.

I am afraid she was not able to bring the role in Padmaavat to full fruition. It remains one of those unfinished semi-parched characters that could have come across so powerfully if only the actress had pushed for passion. If only Ms Padukone had the range. Alas, for all of Bhansali's affinity to her craft, Deepika is more Waheeda Rehman than Nutan.

Sonam Kapoor too is a limited actress. Her limitations come bubbling to the surface in the dramatic scenes. But a serious self-awareness helps Sonam overcome her limitations. She knows she is no Nutan, Sridevi or Mumtaz. But she also knows she has a certain finesse and restraint to her personality which serve her well in roles that put the female protagonist in a crisis.

Sonam's carried herself with splendid savoir faire in Neerja, where she played a brave airhostess (almost as brave as Sonam, the actress), who perishes trying to save lives on a hijacked flight.

In her new film, Ek Ladki Ko Dekha Toh Aisa Laga (okay, exhale), Sonam plays a homosexual girl trapped in the tropes of a tradition suffocated by sexist readings of what women should do. I can't imagine any other prominent actress of today doing the role. Play a lesbian? What would mummy/mummy's friends/mummy's NGO partners think? Chee!

I had an argument about this with Sonam's father Anil Kapoor, who insisted that today's young actors are very adventurous. But he couldn't name one of Sonam's peers who would happily play gay. Audiences are blamed for not being evolved enough to accept flawed/deviant/non-conformist protagonists. But are our actors and filmmakers evolved or even adventurous enough?

Sonam has displayed an enterprising spirit right from the start. While other newcomers take the safe route, she chose Sanjay Bhansali's Saawariya, a play-on-film shot in a blue hue that transcended the vibrant colours of puppy love.

Interestingly, Deepika Padukone made her debut on the same Friday in November 2007, with an absolutely conventional double role in Farah Khan's mediocre Om Shanti Om. Deepika was the original choice for Saawariya. But then Sanjay Bhansali decided to go for the box office bait of Rishi Kapoor's son (Ranbir) and Anil Kapoor's daughter (Sonam).

Filming Saawariya wasn't easy for Sonam. Many of the scenes had her fumbling for expression. I was sometimes on the sets to see her helplessness. Midway through the shooting Bhansali decided to shut down the film. Friends intervened to prevent this calamity. I am sure Sonam still recalls those days with a shudder. But then, to get where she has today, she had to go through the grind. And look at her today! Isn't she something else?