Liton Das, a Bangladeshi Cricketer was reportedly wearing a mask while practising for the forthcoming T-20 match in the bilateral series scheduled for 3rd November, 2019. I do not know what he was trying to convey. But make no mistake the pollutions levels in Dhaka city is no better than that in Delhi. Let me remind him about this. So what is the statement is he trying to make We know that Dhaka has a population of about 20 Million. Travelling from any one place to another takes we don’t know how long?

There is always a question mark over when you will reach your destination. I am saying this from personal example. Stuck once in traffic in some place called Matuali our vehicle remained stationery for nearly 2 hours. Getting out of the car would have meant walking into a gas chamber such was the level of pollution some 10 years ago.

CM Delhi has just now treated that Delhi is a Gas Chamber, but Dhaka was one even a decade back. Notwithstanding the  fact that India has not just the traffic and local issues to blame for pollution but the acceptance of Pakistan recently about stubble burning which adversely pollutes the city besides other neighbouring states of Delhi, on which I had written a blog last year about the same time. Not just the range of vehicles from a Rickshaw to a Range Rover, but the emissions from other sources were also aggrevating the pollution. I am not trying to say that my pollution is better that your pollution, but trying to make a statement in a host country while the situation in your city is now better is certainly not on.

Let us get it right Liton Das. Government of India and Government of NCT of Delhi indeed had taken several measures to combat this menace of air pollution. The pollution under control certifications are mandatory for all vehicles irrespective of source of fuel triggering he engine. In my short visit to Dhaka I did find many vehciles spewing poisonous air from their exhausts which would cause the eyes to burn.

All project approvals stipulate compulsory afforestation. During my visit the Vasundhara Housing complex ( North Dhaka- am I correct because my sense of direction is not good, and travelling in a car you don’t get to know the city), was reportedly coming up and no such afforestation effort was visible. Several other measures are supposedly being undertaken including the once successful Odd-Even Scheme, shifting of factories, several directions of National Green Tribunal of India being implemented etc.

Cities can be dense without being overpopulated. But in the world’s most crowded city, the drains can’t cope – creating a grim new job

The sewerage system is so poor in Dhaka that it often overflows during monsoon season.

After decades cleaning the sewers of Dhaka, Bangladesh’s crowded capital, Sujon Lal Routh has seen plenty of misery. But the tragedy of 2008 was the worst. After a day of heavy rainfall left the streets flooded – as usual – seven workers were assigned to clear a blocked manhole in Rampura, in the centre of the city. Normally, cleaners cling to ropes to stop them getting sucked in by surging water when they clear blockages. But this group were new to the job. “They didn’t know about the impending danger or how to work in that situation,” says Sujon. “So, sewer water swallowed them.”

Bystanders smashed the road open with hammers and shovels. Eventually, they dragged out three workers, dead. Another four were seriously injured; one later died in hospital. “The accident instilled fear in us, and for months we were even afraid to look into the sewers,” says Sujon.

During Bangladesh’s relentless monsoon season, Dhaka is submerged several times a month. The overburdened drains clog and the low-lying city fills with water like a bathtub. Newspapers such as the Dhaka Tribune bemoan the inundation with pictures of flooded buses and quotes from peeved commuters and despondent urban experts: “Dhaka underwater a

“At a country level, weighted by population, Bangladesh emerges as the most polluted country,” said the 2018 World Air Quality Report released yesterday. Greenpeace and AirVisual, who monitor global air quality, prepared the report based on last year's data collected from public monitoring sources.

Indeed it is a fact that you are catching on economic progress. I don’t deny facts. This inspite of Bangladesh’s economy being lopsided in favour of Garmenting. They have sustained themselves in Garment exports even after abolition of textiles quotas in 2005 by sheer cost competitiveness.
In this context, I do not want to do any SA certification because it is well known that this competetitiveness is achieved through challenging working conditions imposed on the unregulated labour who are ghettoed in Textiles Workers Hostel but no comments are offered as it is beyond scope of this piece.

But was Liton Das overstating by wearing a facemask. Or was he given some other motivation to act like this.  IN 2017 some Sri Lankan players were also found wearing masks while playing in Delhi. Also before Ganguly in his new role as BCCI President finally froze Delhi as a venue, he was flooded by several petitions from vested interests calling for change of venue. Let us get it very clear. I am not batting for Delhi’s pollution.
Nor am I saying it is not bad. It is a hazard. But to amplify it is ill effects to the level of adversely affecting India’s international image by enabling visiting team members to wear mask smacks of a conspiracy. Especially the team visiting is faring no better than us in combating pollution. This needs to highlighted.  Having visited Dhaka and seen the levels of pollution, I knew of irony of Bangladeshi player wearing a mask. 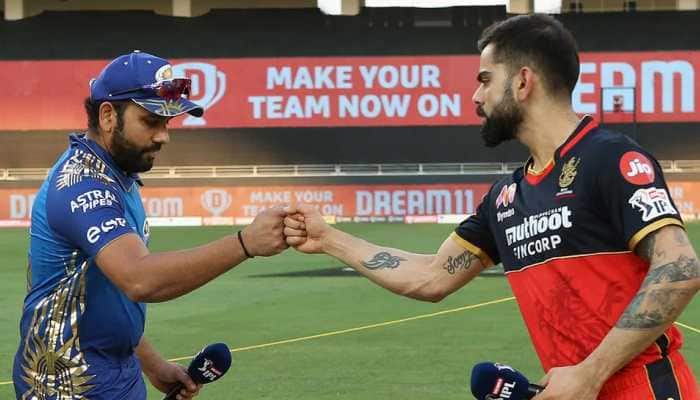 Should BCCI cancel IPL 2021, it's time to rethink!