More actors are now in politics, but can they succeed?

In the North, actors have largely failed to deliver as politicians. In the South, the era of iconic actor-politicians is over. 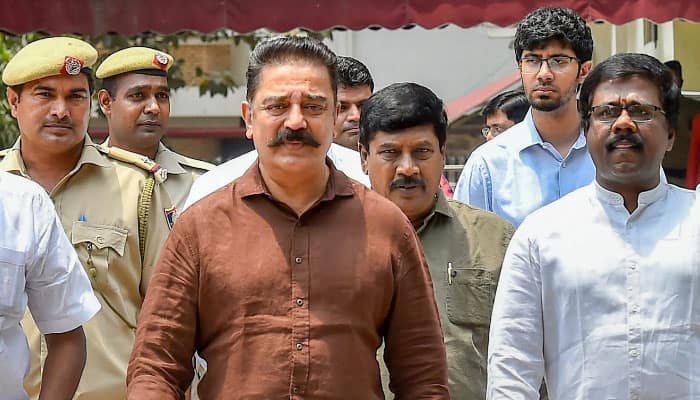 Kamal Haasan, whom I see as a Bollywoodian as much as any other influential actor in India, has again put his foot in his mouth by opining that the first terrorist in independent India was a Hindu.

He can safely be declared the first motormouth of Indian politics from Indian cinema. Kamal Haasan has often held radical, agnostic views on life and politics, which he has shared with me over several lengthy stretches of conversation. Kamal Haasan is a man of ideas. But those radical ideas don't make him a mouldable politician. They just make him sound like a fish out of water.

Stars in politics are like chocolate cream in biryani. The combination doesn't jell. And still, the exodus of stars into politics continues. Each year the volume of actors in politics gets larger. Now, with PM Modi welcoming Bollywood into his fraternity, the floodgates are open for glamour (read: entertainment industry) to march into politics (read: corruption).

Of course, they all enter the murky world of politics with the best of intentions.

I remember Hema Malini telling me, "I've seen it all. I am no stranger to money and fame. So, I am not in this for wealth or a name. I am getting into politics to work among the grassroots section of the people."

True to her word, the Dream Girl has transformed her constituency - Mathura - into a bit of a dream. Good roads, solid civic amenities, new malls and cleaner, more serviceable temple facilities. I would rate Hema ji among the more accomplished actors-turned-politicians.

But the best actor-politician has to be Vinod Khanna. He transformed his constituency into a Garden of Eden. Gurdaspur, during Vinod's tenure, was a dream come true. Now it has passed on to Sunny Deol. It remains to be seen whether 'Sunny' days are ahead for the people of Gurdaspur. But I can tell you this. Sunny means well. He is honest and decent. But is he a right fit for politics? Decency and honesty are more disqualifications than recommendations for politics.

The latest to join the political bandwagon is my friend Urmila Matondkar. Her decision to dirty her pretty feet in what a legendary actor described as the cesspool of politics, took me by surprise. But then I thought, why not? If Rahul Gandhi can be thought of as a potential prime minister why can't Urmila be at least a Lok Sabha member?

For all the migration from movies to rajniti that we see these days, I still feel uneasy about the alliance between the two mutually exclusive worlds. I feel actors are good orators in front of the camera. But the lines that they deliver with such (rehearsed) passion at election campaigns must mean more than just a rousing histrionic performance.

In the North, actors have largely failed to deliver as politicians. I feel even in the South the days of iconic star-politicians like MGR, NTR and Jayalalitha are over. Kamal Haasan and Rajinikanth, who announced their entry into politics so grandiosely, are today stuck in their own contradictory statements on life and politics.

Kamal Haasan doesn't believe in god. Fortunately or unfortunately, the janata does. They even make gods out of actors and politicians. And never mind if the gods turn out to have feet of clay.