There have been many hurdles, but it is great news that it is finally done. 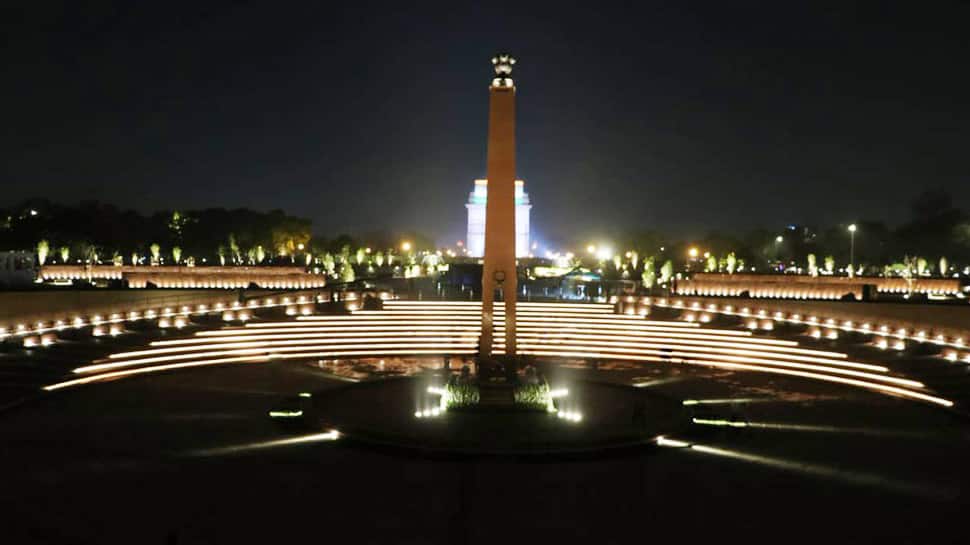 Monday was a momentous day. The first National War Memorial has been dedicated to the nation by the Honourable Prime of Minister of India. All though I am out of country, I snatched an opportunity to watch the ceremony. But ironical it may sound, there is still politics being played by the opposition parties.

Long overdue
Incidentally, I believe this memorial is long overdue. This is a salutation to our brave soldiers who made the supreme sacrifice in the line of duty of securing the country. Let us not play politics over this, especially considering the current context. Eleven days back, we lost our brave soldiers in the Pulwama attack. In the succeeding days we lost few more soldiers. This is surely not the time to play politics with the sacrifice of the soldiers. I had in my previous piece concluded that anyone who protects you is a 'nath', meaning God. Surely, by the same analogy, the soldiers who protect us are equivalent to God

Politics expected
When it comes to God, our politicians have surely to play the dirtiest politics. They will show all sort of innovation to go out of the way to please, pander and placate to their captive vote banks. Hence, it is not surprising that we have this outcome on predictable lines. Hence, the Defence Ministry played a politically correct line to invite the leaders of all religious denominations to the dedication ceremony, each being given an opportunity to chant their respective prayers in the memory of our soldiers

Lives are lost, conventional warfare or otherwise
Having said this, the memorial could have been conceptualised, initiated, erected and dedicated to the nation earlier. Most nations have war memorials dedicated to their soldiers who make supreme sacrifice while defending their nation.

We have had four wars with Pakistan and one with China since Independence, which are in the conventional category. Besides, we have had so many wars of non-conventional category, like insurgencies and internal disaffection. Militancy, terrorism, extremism of religious kind as well Left wing violent extremism, etc. This may not be conventional warfare but indeed our brave jawans are deployed from the security forces. The soldiers do supreme sacrifices in their line of duty. It doesn't matter what is the nature or nomenclature of warfare. The soldier dies and that is the truth.

Non-conventional warfare more challenging
In these type of challenging situations, the task is more difficult than conventional warfare. Here, the aggressor in most cases is your own countryman, except say in cases of terrorism and Kashmir, where I would reserve this overwhelming generalisation.

These bravehearts have to face extreme provocations like stone pelting, derisive references, etc, and also be under the scanner of hawk-eyed, so-called human rights activists. It is a different issue that these human rights activists at times get invited to diplomatic receptions and iftaar parties hosted by the High Commissioner of the perpetrating nation. At these receptions, they never convey a single sentence to their host to stop supporting and triggering such militant, terrorist and disaffection related activity from their soil.

But when under extreme provocation, when there is temporary loss of restraint on the part of the soldiers, these human rights activist friends shout from the rooftops about all violations of tenets of human rights and dignity. We have plenty of illustrations in Kashmir, in the Ishrat Jehan matter, and in so many other such cases of recent past which are fresh in public memory.

The issue on which I got involved was how to regulate the title or allotment of land to this proposal. This has to be the starting point of the entire project. The Ministry of Urban Development had to vest the title of land through the elaborate procedure laid down to allot the land to Ministry of Defence. Only after that the process of project planning and approvals could begin.

This elaborate process of assigning the land to Ministry of Defence needed consultation with several agencies like DDA, Delhi Urban Art Commission, National Monuments Authority of India, Directorate General of Civil Aviation and host of other agencies.

Brave Major General
We had one Brigadier, who later was promoted to Major General, keenly following up the proposal with us. Every time, some or the other agency would object to it and the case was never allowed to ripen.

The heads of these agencies were political appointees who were bidding their political masters agenda. Hence during the same time period, Ambedkar International Centre proposal got approved. The denotification of 123 waqf properties were approved. As I said, both these proposals could be pandering to vote banks but a war memorial would not fetch them votes.

Hence, the government of the day would create some hurdle or other in land allotment process. In fact, a Joint Secretary in the Ministry of Urban Development, my boss, had his assignment changed from Joint Secretary (Land) to Joint Secretary (Urban Transport) in February 2013 only for batting for this proposal and not batting for the proposal for de-notification of 123 waqf properties. These are all facts which can be corroborated through obtaining the information through RTI.

Proposal on the back burner
After the change of guard the land allotment to the war memorial had taken a back seat and thereafter I could never respond to the brave and steadfast Major General with any convictions.

In bureaucracy, the practise to avoid such situations is instructing your PA to respond with "sahib meeting mein hai," or, "sahib tour mein hai." I confess, I did this. But not with any intent or conviction but due to set of circumstances that I was constrained to do so.

Happy it has come up
Having said that again, I do not know when the land allotment took effect. Surely, I am happy that this has come up. But surely, the credit should go to the steadfast and dedicated Major General. He deserves it.

And now that the National War Memorial has been dedicated to the nation, I can again offer my salutations to our brave security personnel.